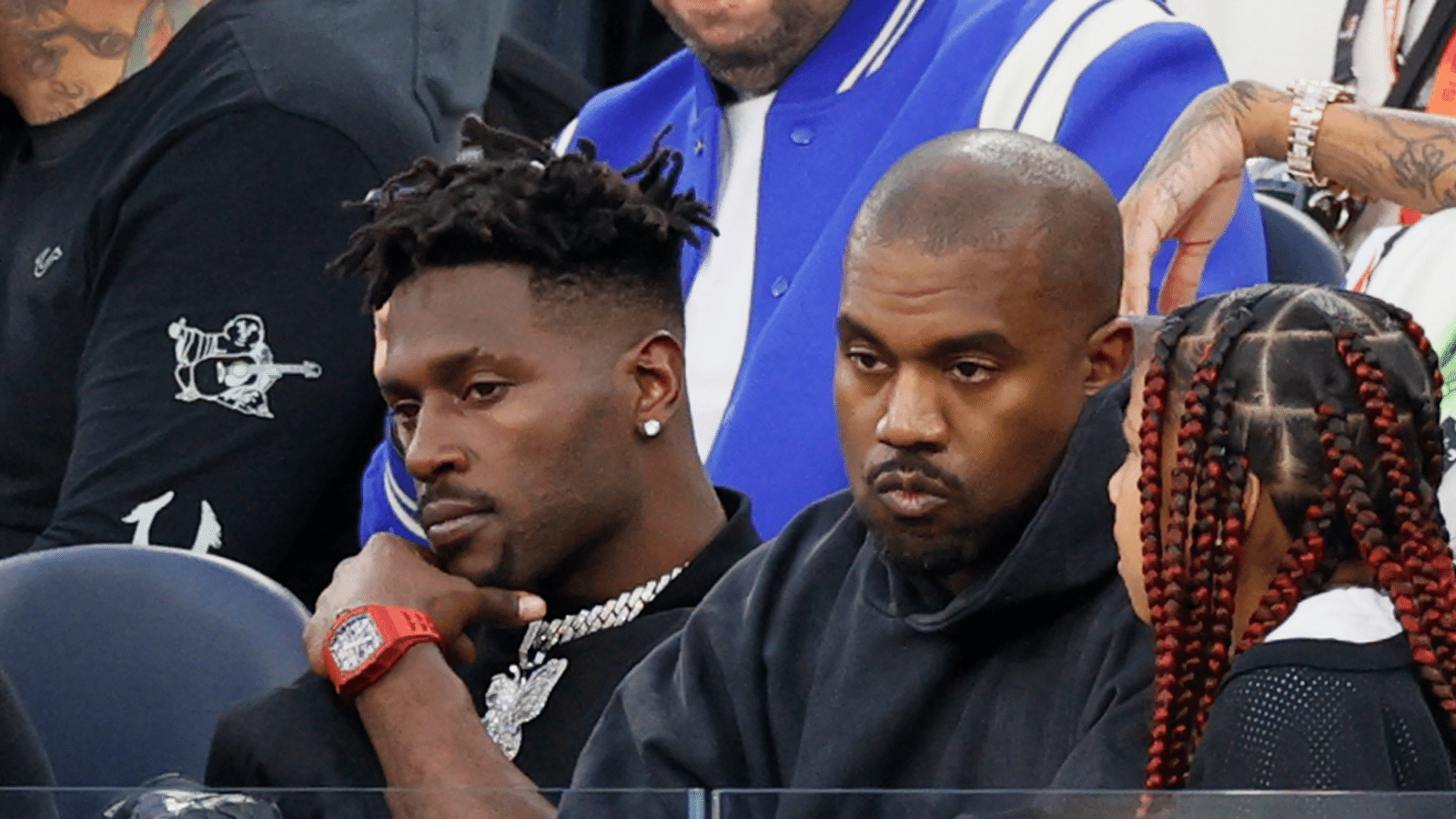 Except for Antonio Brown, the sporting world is distancing itself from Kanye West following his antisemitic remarks earlier this month.

West wrote on Instagram in early October that rapper and record producer Sean “Diddy” Combs was under the grip of “the Jewish people.”

Several days later, he tweeted that he was “going death con 3 ON JEWISH PEOPLE” before claiming that he wasn’t anti-Semitic because “black people are actually Jews as well.”

West legally changed his name to Ye last year. Since then, a number of his corporate partners have ditched him, including Adidas, which said in a statement on Tuesday that his words were “unacceptable, bigoted, and dangerous” and that they “violate the company’s principles of diversity and inclusion.”

Adidas stated that terminating its deal with Ye will cost the corporation $250 million in net income in 2022.

The only two clients of Ye’s sports marketing agency, Donda Sports, Aaron Donald of the Los Angeles Rams and Jaylen Brown of the Boston Celtics, have terminated their contracts.

However, Antonio Brown, president of Donda Sports, issued a long statement on Wednesday in which he accused individuals of “selective outrage” over Ye’s remarks.

The former NFL player stated, “The people and corporations that have persistently benefitted from Black ideas and Black culture opted to remove themselves at a very specific period, demonstrating their preference for certain groups over others.”

“Sensationalism and groupthink have compelled individuals to remain silent and behave out of fear rather than love.” For these reasons, I maintain my commitment to speech, idea, and opinion freedom.”

He stated, “I am committed to Donda’s mission and its extraordinary personnel and community.” I remain committed to helping explain statements exaggerated by the media.

“I remain committed to creating new concepts, experiences, and creations to the world, and I continue to support Ye’s humanity.”

Brown’s remarks against Ye come after the former NFL star was forced to pay a truck driver he allegedly assaulted two years ago $1.2 million.

According to TMZ, a Broward County jury awarded the damages to Anton Tumanov earlier this month after Brown failed to reply to the case or appear in court for hearings.

Tumanov was awarded $407,000 for past and future medical expenditures and $793,000 for agony and suffering.

According to court documents, on February 11, 2020, Tumanov and Brown had a disagreement over payment for the delivery of an item to Brown’s residence.

The police were called to the scene, and Brown was charged with three crimes. In June 2020, he reached an agreement with prosecutors to have the case dismissed in exchange for probation, community service hours, and anger management classes.

Tumanov sued Brown in May 2021, and because Brown did not answer to the summons and complaint, a default judgment was entered against him on the subject of his liability, and a trial was scheduled to determine the awarding of monetary damages.