Skip to content
Go Home «» News «» All News «» A Reddit user claimed a music triggered his breakup, generating a meme 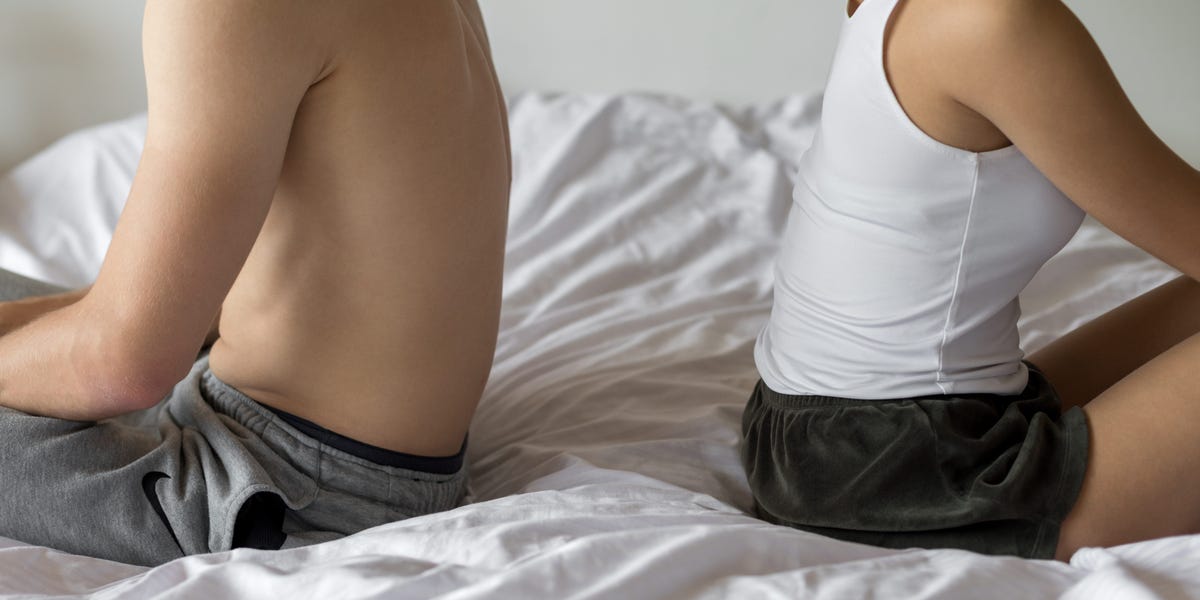 In the previous week, Scottish electronic DJ Hudson Mohawke, who has four albums to his credit over the course of his 16-year career, just had another song with the name “Cbat” as its title.

The once-relatively unknown song, which according to the WayBack Machine had 300,000 views on YouTube on August 1, is now a very popular TikTok meme and has 4.1 million YouTube views as of right now. Additionally, it is now at the top of Spotify’s worldwide “Viral 50” ranking.

All of this attention is the result of a single Reddit post where an anonymous user claimed to have used the music every day for two years while engaging in sexual activity. Users said that “Cbat,” a tune interrupted by a drum machine and a repetitive sample of a door creaking, is not especially romantic, which resulted in widespread ridicule of the user on Reddit and afterwards on TikTok and Twitter where the clip became viral.

Mohawke’s song, which was first made available on YouTube in 2011 and was “never intended to be a sexual song,” according to the artist, has now become a meme in and of itself, inextricably linked to the explosively developing Reddit story. The anonymous Redditor has now claimed that his relationship ended in a break-up after his girlfriend’s family learned about the trending post.

Mohawke told Insider that although he finds the meme “funny,” he doesn’t want it to become the “defining” or most enduring event of his long-running musical career.

The song originally stirred some debate on Reddit when an anonymous user said it was his favourite music on his sex playlist.

On September 1, a Reddit user going by the handle u/TylerLife published a tale on the well-known subreddit TIFU, which stands for “Today I Fucked Up” and is where people generally share humiliating stories and errors.

Particularly unique postings often get screenshotted and published on other platforms, as in many other Reddit communities where users discuss their lives. This makes them go viral. Because of this, some internet users have questioned if these tales are genuine or are being shared to get attention.

According to the user’s account, he made a list of music to play during sexual encounters years ago because he reasoned that doing so would help him “put on a better show” since the songs would “fit the beat” with his thrusts.

His two-year girlfriend’s admission that she “hates” the song and that it “turns her off” irked him, so he added a link to Mohawke’s “Cbat,” stating that it was his favourite song on the playlist.

“It’s a good love-making song with good rhythm, so I don’t understand why it took her two years to tell me she detests that song, he wrote, adding, “The other day we were having sex without music, but I was still thrusting to the tune playing in my head. She told me to halt after realising this.”

He commented, “I find it sad that she despises the music since I normally break into this song.” A common slang word for an orgasm is “bust.”

Compared to other forum entries, this one attracted over 5,000 responses, the majority of which were highly opposed to the idea that “Cbat” should be played during sexual activity. Others expressed doubt that the tale could be true or serious.

“First of all, you shouldn’t always bang to the same tune. Second, this tune should never be used. No matter if it’s a joke, it’s ludicrous that this was ever considered “the post’s top comment said.

In viral postings on Twitter and TikTok, individuals have been debating the post and expressing compassion for the user’s girlfriend in the user’s narrative.

The song “Cbat” by Hudson Mohawke has been used in 96,000 TikTok videos and has since been popularised as a dance style where others imitate the user’s thrusting motions.

On September 4, the same user responded to criticism of his narrative by posting a follow-up on Reddit, claiming that his relationship with his girlfriend had ended because his post “exploded more” than he had anticipated and was seen by her family.

He added, “We are through now and I am moving on. Unfortunately her younger sister realised this and showed her parents who wasn’t at all thrilled and made the situation incredibly difficult.

Insider quoted Mohawke as saying he hoped his career would not be defined by this “fleeting” period of internet stardom.

In an interview with Insider, Mohawke said that he did not anticipate the kind of attention that his “ancient” song, which is ten years old, would get. Instead, he believed that the “funny” and “weird” Reddit tale would “blow away” by the next day due to internet hype.

Despite the fact that his song is now at the top of the Spotify charts, he said he is afraid to profit from its recognition. “I am well aware of how temporary anything viral is. So while this is fantastic, I have no faith that it will have any lasting effects.”

Mohawke continued by saying that he would rather not be recognised or linked to this meme to a greater extent than he is renowned for his music.

“I’ve been playing music for, whatever, 16 years or something, and that’s my own dread. I will be really irritated if this ends up being my career’s turning point “said he.

»A Reddit user claimed a music triggered his breakup, generating a meme«