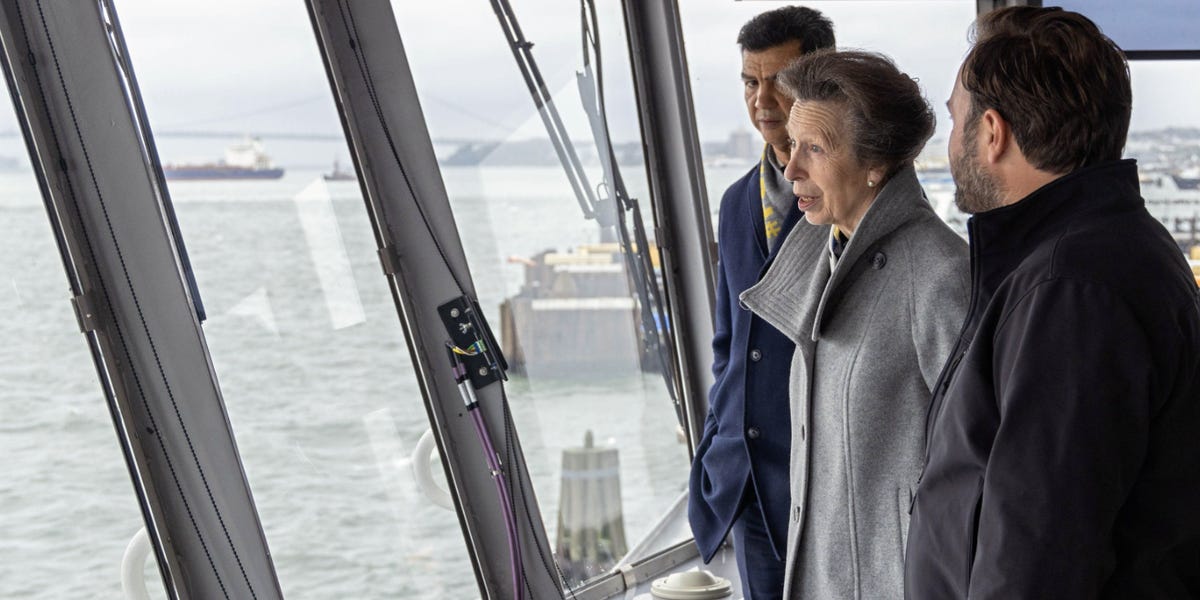 According to a tweet from the New York City Department of Transportation, Princess Anne rode the Staten Island Ferry on Tuesday on her first trip to the United States since the passing of Queen Elizabeth.

According to Town & Country, Princess Anne celebrated the National Lighthouse Museum’s efforts to preserve lighthouses after her ride. According to the museum’s website, Anne presently serves as an honorary chair for the campaign Illuminating Future Generations.

The Staten Island Advance reported that after her visit, Anne and staff from the National Lighthouse Museum took the boat back to Manhattan for a cocktail hour at The View in Battery Park.

She spoke to the throng there and expressed her gratitude for the museum’s efforts on behalf of the lighthouse community.

“The Illuminating Future Generations campaign is quite creative and has significant potential for the future, not only here [in New York City]. All I can do is wish you luck.” According to the Advance, she addressed the gathering.

The goal of the Illuminating Future Generations campaign is to preserve lighthouses all around the world and increase the museum’s display space.

Princess Anne is referred to as “one of the major advocates in the worldwide lighthouse community” on the website of the National Lighthouse Museum.

The princess seemed to particularly like the “Lighthouses of Great Britain” display, according to The Staten Island Advance.

In honor of her late parents, Queen Elizabeth II and Prince Philip, Anne also assisted in the unveiling of a sculpture of the Needles Lighthouse on the Isle of Wright.

The Princess spoke on Monday at a banquet for the English-Speaking Union of the United States, where she was the guest of honor, prior to her travel to Staten Island.