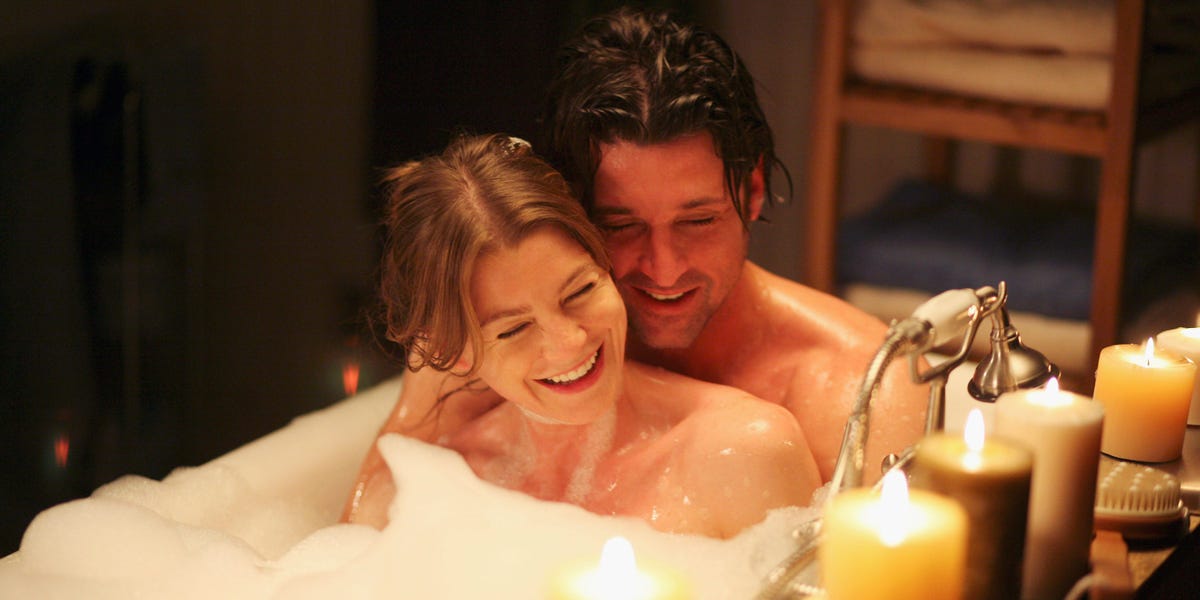 “Grey’s Anatomy” is presently in its 19th season, has aired more than 400 episodes, and is largely responsible for Rhimes becoming a household brand in the television industry. But not everyone believed it would be a success.

Rhimes remembered a conversation she had with television executives while pitching the series on the “9 to 5ish with theSkimm” podcast co-hosted by Carly Zakin and Danielle Weisberg, co-CEOs of theSkimm.

Around the 13-minute point of the podcast episode, she added, “I remember being summoned into a room full of elderly men and being told that the show was an issue because nobody was going to watch a show about a woman who would sleep with a man the night before her first day of work.” And they were quite serious.

Meredith Grey (Ellen Pompeo) and Derek Shepherd (Patrick Dempsey) were initially introduced to viewers in Meredith’s living room the morning after their first hookup, before she realized that he was effectively her boss.

Meredith was beginning her first day as a surgical intern at the fictional Seattle-Grace Hospital, while Derek was just beginning his career as a neurosurgery attending. Early seasons of the program would focus on Meredith’s struggles as she went in and out of love with Derek, all while attempting to live up to her mother Ellis’ (Kate Burton) huge history in the medical field.

Rhimes said to Zakin and Weisberg on “9 to 5ish with theSkimm” that she now understands why the men were afraid to take a chance on her pilot.

She stated that while “Grey’s Anatomy” may seem like a “obvious” good concept now, at the time “there had never been a show on network television with a lead character who owned her sexuality.”

She continued, “Only in sitcoms had you seen three or four individuals of color conversing in a room.”

Back in the meeting with the “old men,” Rhimes recalled thinking, “These guys have no idea what’s happening in the world right now, but they’re the ones making the decisions.”

Because Rhimes characterized herself as “painfully timid” at the time, her business colleague Betsy Beers (who appeared on the show alongside her) stepped in to help her during that encounter.

Beers responded, “That’s me, I did that” when asked who would watch and relate to a show in which the protagonist gets drunk and has sex with a stranger the night before her first day of work.

“They couldn’t leave the room fast enough,” Rhimes recounted of the incident.

Beers remarked, “And they couldn’t call me a whore to my face.”

Beers stated that the event made them “ride or die” partners, and millions of people did in fact watch the pilot.