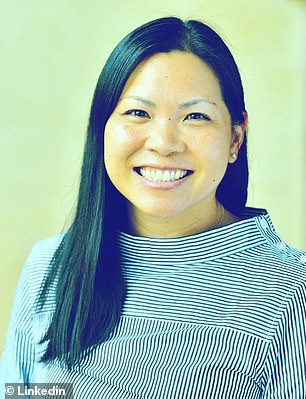 Police have released photographs of a mad assailant who pushed a 22-year-old woman down a flight of steps in a Queens subway station, the most recent unprovoked attack in the New York City subway system.

The woman was waiting for a northbound No. 7 train at the 82nd Street station when a guy approached her from behind and began punching her in the face, authorities said Wednesday.

He continued to abuse her before forcing her down the stairs and threw her bag after her as she lay at the bottom.

The man then turned around and abandoned the injured woman on the lower train platform.

This year, the NYPD has registered 22 subway attacks as of October 16. Since then, three more New Yorkers have been assaulted, one fatally, bringing the number considerably above the 21 assaults that happened across the entire city last year.

On October 23, DCPI released photographs of a guy who repeatedly assaulted a woman in the face before forcing her down the stairway leading to the mezzanine.

Emergency services quickly arrived and transported her to Elmhurst Hospital, where doctors diagnosed her with a spinal fracture and treated her left knee, back, and right hand.

Wednesday, the police released a photograph of the suspect in an effort to identify the perpetrator.

The incident occurred on October 23, but police have only reported it in recent days.

A New York City commuter was stabbed in the neck the same day while attempting to break up a fight between two ladies on the subway.

This year, dozens of individuals have been attacked in the subway.

Heriberto Quintana, 48, died on October 17 when Carlos Garcia, 50, hit him in the face and pushed him in front of an oncoming train.

Heriberto Quintana, 48, died on October 17 when Carlos Garcia, 50, hit him in the face and pushed him in front of an oncoming train.

On September 30, Tommy Bailey, 43, argued with homeless passenger Alvin Charles, who was harassing a police officer, while riding the L train to Atlantic Ave Station in Brooklyn. The homeless man drew a blade and cut Bailey in the throat with it.

According to NBC 4, the attacker was in her mid-twenties, wore green shorts, and had short black hair. The person has been transported to the hospital and is anticipated to recover.

The most recent incident occurred on Sunday, October 23, at 9:45 p.m. at the 149th Street-Grand Concourse station in the Bronx.

Ronald Baptiste, 62, was waiting on the platform while on his way to work when Deshaun Smith, 21, allegedly attacked him in the back of the head without any prior notice.

According to police, Smith then pushed Baptiste onto the train tracks and escaped. Baptiste was able to remove himself from the tracks before to the arrival of a train.

Smith claimed he was defending himself against Baptiste, who he claimed had insulted him, upon his arrest. Baptiste stated that he was doing his own thing and that the attack was random.

Lamale McRae, 41, was arraigned Monday evening on charges of attempted murder for allegedly forcing a 52-year-old female victim onto the tracks on October 21. McRae was arrested following a separate incident.

Lamale McRae, 41, was charged with attempted murder on Monday evening after allegedly throwing a 52-year-old female victim onto the train tracks.

Migel Ramirez, 35, is accused of running up behind a man and pushing him into the path of an approaching train before fleeing the station as stunned bystanders rushed to the victim’s aid. Theodore Ellis, 30, was charged with first-degree assault and first-degree reckless endangerment, according to the police department.

Simon Martial (left) was carried out of a precinct in January after he shoved Michelle Go into the train lines in Times Square.

Also in October, Alvin Charles (right) was arrested and charged with the slaying of 43-year-old Tommy Bailey.

In the same month, homeless man Alvin Charles was accused with murdering 43-year-old Tommy Bailey for shoving him over the train tracks earlier in the year.

On October 15, within the East 149th Street and Southern Boulevard station, a 26-year-old male victim was standing on the northbound platform of the 6 train when an unidentified individual pushed the victim off the platform without provocation.

Migel Ramirez, 35, allegedly ran up behind a man and shoved him into the path of an approaching train before fleeing the station as horrified witnesses rushed to the victim’s aid.

At least five incidents involving subway shovelers have occurred during the month of October.

According to the police, the attacks may have been part of a social media “knockout game” in which participants dare one another to knock strangers unconscious with a single blow.

A suspect pulled a 52-year-old female victim onto the tracks on June 5.

The police department stated that Theodore Ellis, 30, was later arrested on charges of first-degree assault and first-degree reckless endangerment.

In January, Simon Martial was accused for allegedly pushing Michelle Go onto the train tracks in Times Square.

The overall crime rate in New York City has climbed by 30.5% from previous year.

Last Thursday, New York City Police began their day by searching for an assailant armed with a samurai sword and dressed in a ninja costume who attacked another rider at a subway station.

After the spate of attacks, Baptiste, an electrician and grandpa from the Bronx, wrote a heartfelt plea to Mayor Eric Adams, detailing his recent incident, pleading with him to take action and restore network security.

We are all fighting for our city, but more must be done. This is why we’re investing in mental health services, more subway officers, and more affordable housing,’ Adams tweeted on Sunday.

The Metropolitan Transportation Authority (MTA) has urged state justices to amend a 2020 legislation prohibiting anyone convicted of sex offenses or attacking transit personnel from riding the subway to include those who harm fellow passengers.

Recent NYPD statistics indicate a 41 percent increase in subway crimes compared to the previous year, with nine documented underground homicides so far this year representing the greatest number in 25 years.

As of October 16, 431 subway attacks were reported, compared to 370 at the same time last year. This represents a 17 percent increase from the same period last year.

Mayor Eric Adams was observed riding the subways to demonstrate to the city that he believes they are safe.

»A Queens station punches and shoves a 22-year-old woman«