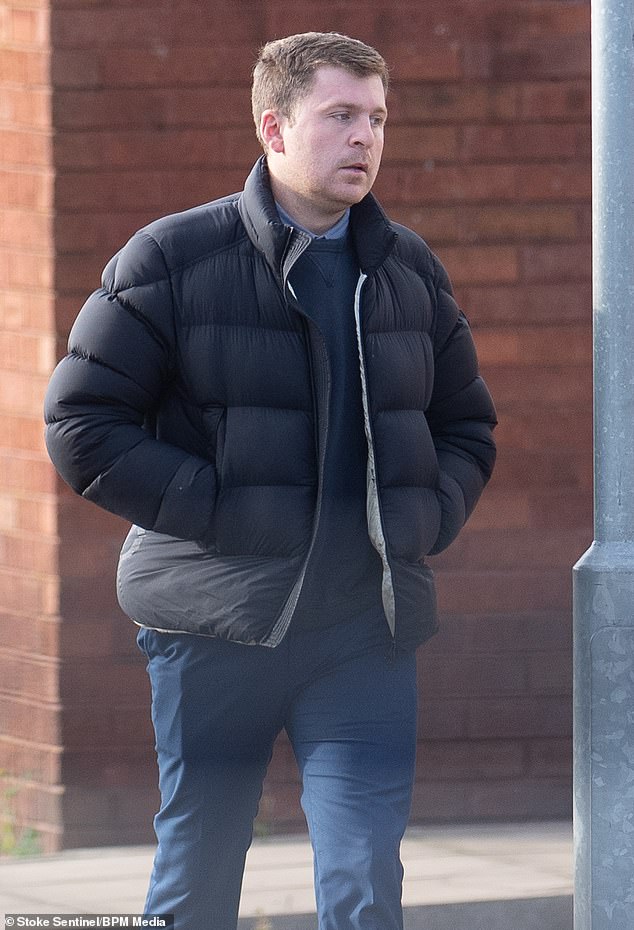 A driver who was caught on video stealing a beer can from a stag do minibus while travelling at 70 mph on the highway has had his licence suspended.

When Paul Holmes, 24, drew up next to the group’s party minibus between Junctions 16 and 17 of the M6, he struck up a conversation with them and leaned out his window to take the can.

Holmes was recorded on dashcam video from another vehicle reaching over to grab a drink from a bus rider, but he stated that he gave it to someone else in his car instead.

He was also seen driving recklessly on the freeway during the incident on February 4 as shown in the video.

After confessing to hazardous driving, Holmes, a 24-year-old civil engineer, was given a 15-month driving penalty and must now complete a longer test before he can go back behind the wheel.

He was given a 12-month community order with 140 hours of unpaid labour and lost his licence as a consequence of his choice to have “bit of a fun with them.”

He started following another car extremely closely on a congested highway, according to evidence presented at Stoke-on-Trent Crown Court, and the manoeuvre might have had “catastrophic” results.

The bench’s chair, Mark Olszewski, told Holmes: “What we witnessed on the tape has given us much cause for worry.” That behaviour may have had disastrous consequences in the future. Lives may have been lost.

The engineer’s attorney, Debbie Leadbetter, objected, claiming that Holmes had been distracted by a “very exciting day.”

He had been to Birmingham to see his kids. They were planning to go out in the evening when he picked up a buddy, she claimed.

They were passing a group of people when they began to wave and make gestures towards them.

They were having a good time and joking about. He strangely consented to take this can and deliver it to his pal after briefly being engulfed in the stag party’s fervour.

Holmes “had complete control of the car and did not glance away from the road,” Ms. Leadbetter said. He just extended his hand. She said that it was temporary foolishness.

The attorney said Holmes, who was located by police after the event, was worried about how his driving restriction would affect his career.

Additionally, he must pay £280 in court fees and charges.