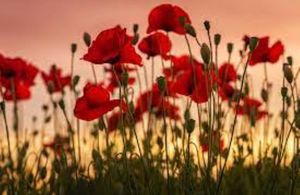 Leading Aircraftman (LAC) John Stuart Mee Bromley of No. 264 Squadron was buried at Jonkerbos War Cemetery on Wednesday 28 September at a service attended by representatives of the RAF, The British Embassy in The Netherlands and local dignitaries.

Members of the Queen’s Colour Squadron (QCS) of the RAF bore his coffin as an RAF musician sounded the Last Post at a ceremony organised by the MOD’s Joint Casualty and Compassionate Centre (JCCC), also known as the ‘MOD War Detectives’.

Bromley was rear gunner in a single engine, two-seater Boulton Paul Defiant fighter aircraft piloted by Pilot Officer (Plt Off) Thomas. The plane was shot down over the Netherlands near Dordrecht; Thomas bailed out and later escaped to England where he confirmed Bromley’s death.

Bromley’s remains were discovered along with aircraft fragments which were then identified by the RAF Air Historical Branch and RAF Museum as those of a Defiant. Further research ruled out all Defiants apart from Defiant L6958 – Thomas’ and Bromley’s fighter.
Tracey Bowers, JCCC said:

We are grateful to the local community in the Netherlands which has taken such a keen interest in this case, and are here today to pay their respects to LAC Bromley. I reflect today on the grief and sadness that must have been felt by his mother; to lose her only child. We thank him for his service and for his ultimate sacrifice.

John Stuart Mee Bromley was born on 17 March 1916 in Toxteth Park, Liverpool. He was baptised in the city on 15 June 1916. His mother Constance was said to be so distraught over her son’s death that a welfare officer delivered Plt Off Thomas’ confirmation of the death because a letter might be “more than she could bear”.
The service was led by Rev (Squadron Leader) Josephine Critchley, Chaplain at RAF Honington, she said:

It may have been over 80 years since Leading Aircraftsman Bromley lost his life; but the time is now right to formally lay his body to rest, into the everlasting peace of God. The Bible reading used in today’s ceremony reminds us that all things happen at the right time, and we go now trusting that this has been done.

Director for the Central and Southern European Area at the CWGC, Geert Bekaert, said:

It is an honour to be a part of this special ceremony today to finally be able to lay Leading Aircraftsman Bromley to rest. The CWGC will care for his grave at Jonkerbos War Cemetery, along with all those of his comrades, in perpetuity.

»WW2 airman buried in the Netherlands«