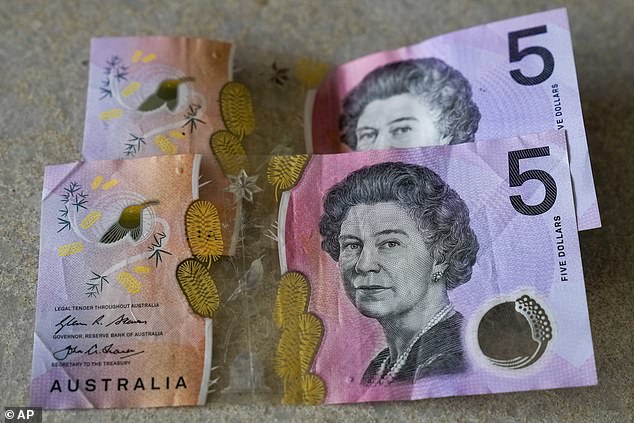 King Charles III may not take the place of Queen Elizabeth II on Australia’s $5 note, according to the federal treasurer, who also suggested that a local person could appear on the note instead.

The choice to remove the Queen and replace her with her son, the next king, shouldn’t be made without consideration, according to Jim Chalmers, who made this statement on Wednesday.

In his words to reporters, “I personally believe that it shouldn’t be beyond us to evaluate and advise on the best method to replace the $5 note when that’s appropriate.”

“I don’t see a huge hurry to modify the $5 note, but I also don’t believe it should be particularly contentious for a nation like ours to discuss, consult on what we want to do with the $5 note moving ahead,” the author says.

While King Charles III will appear on the reverse of Australian coins starting in 2019—facing the other direction from the Queen—questions have been raised on whether an Australian persona belongs on the note.

In a statement made earlier this month, Assistant Treasury Minister Andrew Leigh stated there was no necessity that the Queen appear on the $5 note.

The choice to depict the Queen on the $5 note was made for her personally rather than because of her position as the queen, he said.

The government will have a talk about it. There isn’t any hurry.

Changing over the coinage, which is a far bigger process, is now the top priority.

Mr. Chalmers said last week that he had previously spoken with Governor Philip Lowe of the Reserve Bank of Australia regarding the procedure for succeeding the Queen.

The king has traditionally been depicted on the lowest denomination of currency, according to the RBA.

King Charles-themed currency won’t be produced in the UK until 2024.

Julian Leeser, a spokesperson for the opposition’s attorney general, favors keeping the president on the plan.

Australia is a member of the Commonwealth. King Charles should be included on our $5 notes in due time, the Labor Government should promise, he added.

The Queen’s image will continue to appear on coins and bills as legal tender while they are in use.