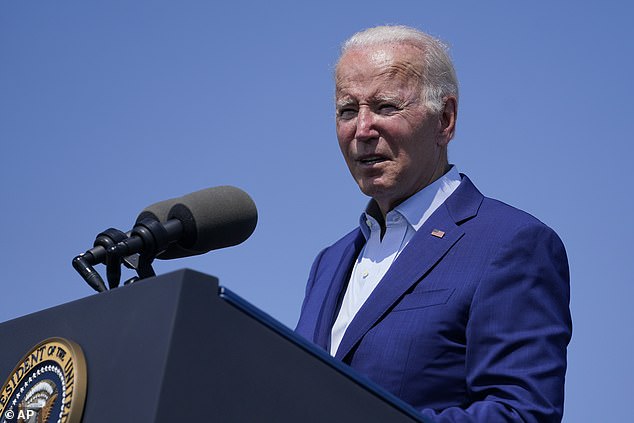 President Biden postponed a trip to Pennsylvania where he was scheduled to present a $37 billion strategy to make American neighborhoods safer and fight crime in the wake of a spike in violent crime after testing positive for COVID-19 on Thursday.

Mr. Biden was slated to visit Wilkes-Barre, Pennsylvania, to discuss his “Safe America Plan,” which would be financed with funds from his budget request to Congress for fiscal year 2023.

The president will instead “participate in his planned meetings at the White House this morning via phone and Zoom from the residence,” according to White House press secretary Karine Jean-Pierre, and “will continue to work in isolation until he tests negative.

“After stopping in Wilkes-Barre, Mr. Biden was scheduled to proceed to Philadelphia before continuing on to Delaware later in the day.

The president tested positive for the coronavirus earlier on Thursday, according to Jean-Pierre, and was displaying “minimal symptoms.

“Dr. Jill Biden, the first lady, had a negative test on Thursday, according to her spokeswoman.

According to a White House fact sheet, the president’s proposal to reduce crime includes spending $13 billion over the following five years to help localities employ and train 100,000 more police officers as well as over $3 billion to help reduce court backlogs and solve murders.

In order to lessen the burden on law enforcement officers, Mr. Biden’s plan establishes a $15 billion grant program for cities and states to use over the following ten years in order to promote strategies to prevent violent crime or identify non-violent situations that call for a public health response.

Programs to intervene in community violence based on scientific evidence would receive an additional $5 billion.

In order to “create a strong contrast with Republicans,” who are trying to portray Democrats as being soft on crime ahead of November’s midterm elections, senior administration officials told reporters that Mr. Biden’s comments were intended to do.

The president was also planned to discuss the steps Democrats have taken to tackle rising crime rates, but how GOP lawmakers have consistently blocked those steps, according to one official.

According to the officials, Mr. Biden also intended to keep pushing Congress to enact laws that would enhance background checks for all gun transactions and outlaw assault weapons and high-capacity magazines.

Last month, a bipartisan bill to modify the country’s gun regulations was approved by lawmakers and signed into law by the president.

This is the first significant revision to federal weapons laws in almost three decades.

The law, known as the Bipartisan Safer Communities Act, strengthens background checks for gun purchasers under 21 and allocates billions of dollars for mental health treatments.

It also allots $750 million to provide states with incentives to develop crisis-intervention programs.

The law also addresses the so-called “boyfriend loophole,” which prevents domestic abusers with a conviction from buying a gun for five years.

However, it’s improbable that legislation outlawing assault rifles and large-capacity magazines will pass both houses of Congress.

»White House press secretary says the president “will continue to work in isolation until he tests negative.”«