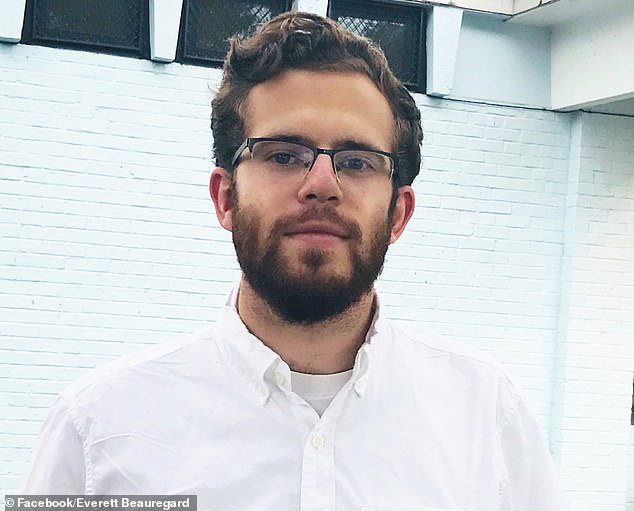 A recent Temple University graduate was fatally shot in the neck at point blank range in what Philadelphia police believe to have been a random and unprovoked assault, as shown in horrifying surveillance video.

Taking the train from a friend’s house on Thursday night, Everett Beauregard, 23, who formerly worked as a summer intern for Congressman Brendan Boyle, was shot and killed as he made his way home from the station.

Philadelphia police first believed the assassination to be a failed robbery, but they now think the recent college graduate was chosen at random.

The shooter, a slim-built individual wearing a black sweatshirt, black jeans, and a medical-grade mask, can be seen pacing on 35th Street between Hamilton and Spring Garden streets in the footage that investigators have released.

The suspect’s hand may be seen in the pocket holding the pistol in the footage. He moves, anxiously reaching over to adjust the weapon with his free hand.

On the footage, bullets can be heard, the first one going into the victim’s back of the neck. Then, as the shooter sprints by the dead guy who has fallen to the ground, he fires a second shot.

The man was shot once, according to the police, and the bullet destroyed his spinal cord.

Authorities in Philadelphia are offering a reward of $20,000 for information that will result in the gunman’s capture and conviction.

Recent alma mater of Beauregard published a little tribute to him on Twitter.

We were shocked to discover that Temple graduate Everett Beauregard had tragically passed away after being shot and murdered in West Philadelphia last night.

College officials commented, “He had a very bright future ahead of him, and it is beyond sad knowing we will no longer be able to see him rise with his fellow Owls.

After the incident, US Representative Brendan Boyle posted a message on Facebook criticising the rise in gun violence in the nation.

Boyle tweeted, “I am heartbroken to discover that a member of my team, our former campaign intern Everett Beauregard, has become a victim of the horrific scourge of gun violence.”

Everett supported my campaign in the 2018 midterm elections. He significantly aided in our election success that year.

He was a kind, well-liked, and goal-oriented young guy with a promising future. In this terrible moment, we weep alongside his family and friends and let him know how much we will miss him.