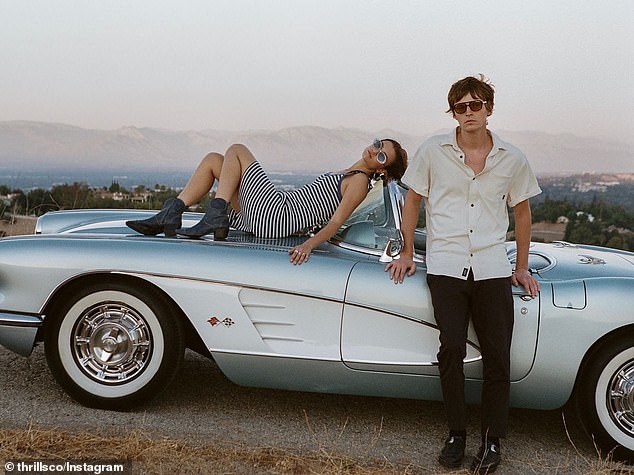 11 years ago, married couple Tabitha and Brooke McGregor teamed up with friend Ryan Collins to launch their company, “Thrills,” with the initial goal of selling vintage motorcycles but quickly evolving into a successful fashion line.

Just seven months after Thrills was launched on the US market, Australian retail behemoth Universal Store has now acquired the company.

2015 saw the debut of the first Thrills store on the main drag of Byron Bay.

Currently, there are seven more locations in Australia and one in Japan.

The brand is expected to generate $34.6 million in sales in the fiscal year 2022, and two additional stores are expected to open by the end of the year.

The brand, according to the founding trio, has evolved alongside Byron Bay, the community from which it emerged.

According to the people who work for Ragtrader, “Byron Bay’s evolution has been a whirlwind in and of itself, growing from a small and idyllic coastal town to a world-renowned destination and epicentre for now-global brands, Thrills included.”

The CEO of Universal Store, Alice Barbery, claimed that Thrills was the company’s best-selling third-party brand.

“I am thrilled to solidify our partnership with the three Thrills founders. With Thrills, Brooke, Tabitha, and Ryan have created a legendary youth fashion brand with a track record of producing goods that customers adore, she said.

“We are excited by the opportunities a closer partnership can deliver in both product and brand development as well as furthering the Thrills direct-to-consumer channel,” the company claims.

Last year, the trio remarked that the brand had been “one hell of a ride.”

‘With nothing but a mutual love of vintage motorcycles, we gave birth to our first business idea; importing bikes from the USA and Japan,’ they told Ragtrader.

‘With our first shipment of bikes due to arrive in 2011, Brooke and Tabitha reverted to their fashion roots to work on a small T-shirt collection, and the rest is history.

‘Once launched, the T-shirts took Byron Bay and surrounds by storm, and almost 10 years on, Thrills has evolved into a culture-defining fashion label, fuelled by a passion for music, art and the way of life that encompasses the vintage Harley’s that are customised to this day.’

Thrills focuses on sustainability and this has been shown through switching most of their denim range to organic cotton and introducing hemp.

The label also recently launched an unbleached collection with no dye or chemicals and has a goal to use only sustainable fabrics by the end of 2022.