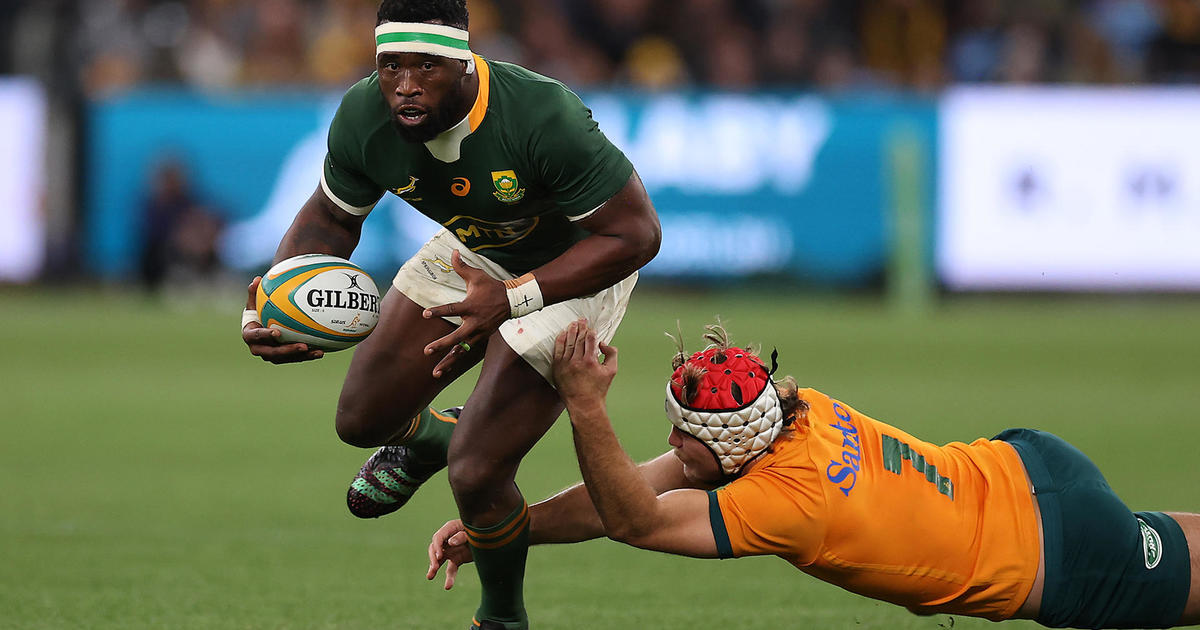 The 2019 Rugby World Cup trophy was lifted by Siya Kolisi, and at first glance, it seemed to be the Hollywood ending to an unbelievable story. The legendary Springboks’ first Black captain was Kolisi, a South African who was raised in a ghetto and born during the apartheid era.

Kolisi admitted to 60 Minutes that she had no idea what it meant.

I didn’t realize how important that was until it was spoken. I recognized myself in every newspaper’s headline. Turn on the TV; it’s getting plenty of attention. Just being promoted to captain made me happy. After that, I spoke with certain people. They claim that representation matters, but you don’t seem to get it.”

Reporter Jon Wertheim for 60 Minutes profiled the 31-year-old Kolisi for the episode on Sunday.

Kolisi was four years old when South Africa won the 1995 Rugby World Cup at home. A first for the country, it. Few Black South Africans supported the national team at the time. The team’s lone Black player was Chester Williams.

The fact that we won was good, but Mr. Mandela recognized that sport is such a powerful [tool] because it unites, Pienaar stated to 60 Minutes.

When your country or an individual performs, you are that team or that person. You wear the colors because you convey your emotions so powerfully. Additionally, I was unsure about its size. Never.”

According to Pienaar, who is still regarded as a national hero, the victory in 2019 was more significant for South Africans than the team’s victory in 1995 because the Springboks had a Black captain in Kolisi.

According to Pienaar, everyone in South Africa, even the townships all around the nation, was proud. “Since sports generated winners, they were world champions. There is nothing else that can do that.”

Kolisi stated to Wertheim that the night before the 2019 final, he and his wife Rachel discussed how to use their fame and power to provide resources to South Africa’s impoverished communities.

“We all want these momentous occasions. It may easily be a significant occurrence. Now I’m done. There are several more uses for it as well, such as “Kolisi declared.

The Kolisis are getting ready to build schools in South Africa’s slums, developing food programs, and combating gender-based violence via their foundation.