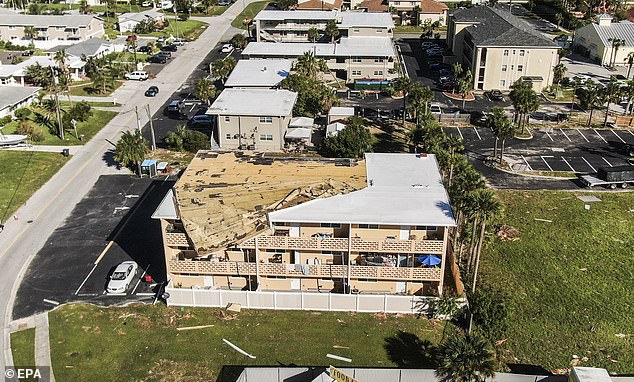 The senior senator from Florida said on Sunday that he would vote against legislation that included unrelated cash for politicians’ “pet projects” instead of disaster relief funds for his state.

Just as Floridians were starting to recuperate from the devastation inflicted by Hurricane Ian last week, Senator Marco Rubio talked with CNN.

He was compelled to reconcile his recent appeals for aid with his 2013 vote against allocating $50 billion to the Northeast to aid in Hurricane Sandy recovery.

According to Rubio, “I have always voted for hurricane and disaster assistance.”

I abstained from voting in Sandy because it featured provisions for Alaskan fisheries and a roof for a museum in Washington, D.C. It had been filled to the brim with a lot of items unrelated to disaster aid.

When asked whether he would act similarly in this situation, Rubio said, “Sure.”

I’ll battle to keep pork out of it, he continued.

Measures and funds tacked on to a law that are unrelated to its primary subject are referred to as “pork.”

That is crucial. That shouldn’t be there, according to Rubio, since it would make it harder to do this again in the future.

MARCO RUBIO: It had things like a roof for a museum in Washington, D.C.

BASH: I reviewed the congressional study report, and it seems that the storm photo may have caused damage to the roof. twitter.com/iZ9zNcFexT

“We can do it, it is possible to do it without loading it with these other things,” the speaker of the house said. “Because, otherwise, you will have people in the Senate, in the House that are going to vote against disaster relief because they view these disaster relief bills as ways for other people to get their pork and their pet projects done.”

During an exchange in the conversation, host Bash rebutted Rubio’s criticism of the Hurricane Sandy relief effort. She emphasized that the funds for Alaska was intended for another natural catastrophe that happened around the same time, and that the storm had damaged the museum roof in Washington, DC.

In a different appearance with ABC News’ This Week, Rubio did admit that whatever financing plan is eventually passed would need to provide assistance for more states than simply Florida.

“I anticipate that South Carolina, North Carolina, and other northeastern states will have the same.” There are also other ongoing natural catastrophes, and we could need to ask for extra funds for Puerto Rico as well.

Additionally, he said on Sunday that Florida would need additional assistance from the federal government to rebuild and that certain areas there “won’t look the same again” while others have been “wiped out.”

“More will be required,” was said. FEMA has been a fantastic partner, though, as always and always. There are no complaints since, as they have said, the Biden administration has reacted. These are experts,’ Rubio said.

According to the Miami Herald, some 10,000 Sunshine State residents were still staying in shelters as of Saturday.

Locals have reported spending at least six hours in gas station lineups over the weekend.

CNN reported that there have been at least 81 fatalities in Florida alone.

According to the website PowerOutage.us, roughly a million households and businesses were still without power as of Sunday morning.