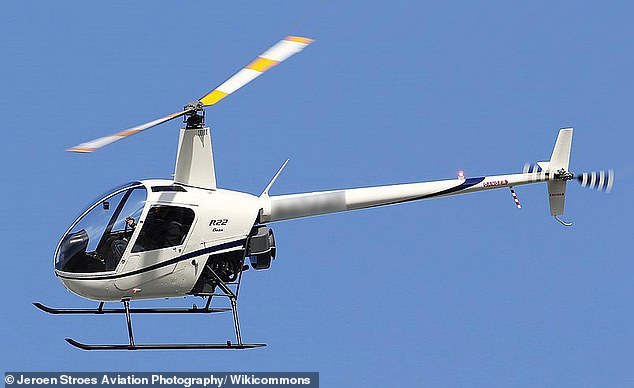 After their helicopter crashed in a rural area of Western Australia, two men perished.

On a Robinson 22 helicopter, the two guys, who were in their 50s and 70s, departed Koorda on Sunday and were on route to Jandakot Airport.

They were taking part in a weekend club function when the catastrophe occurred.

When the plane failed to show up at the airport, authorities were notified, and the Joint Rescue Coordination Centre started a search expedition.

Near Cowcowing Lakes in Booralaming, southwest of Koorda, the plane’s wreckage was found.

Police have verified that nobody on board survived the incident.

On Monday, the Royal Aero Club of Western Australia announced the members’ demises.

We can confirm that the two people killed in the helicopter accident yesterday near Cowcowing Lakes were club members who were flying in their own private aircraft to assist the nearby Koorda Fly-In event, the organization stated in a statement.

We offer our sincere regrets and condolences to the families, friends, and club members affected on behalf of the Royal Aero Club of Western Australia.

The Koorda Fly-In got underway at 9 a.m. on Saturday. Participants flew into the town, stayed the night, and left about 11 a.m. on Sunday.

Participants were given the option to partake in a variety of excursions, including stays at The Koorda Hotel and visits to the automotive and military museums, the CBH grains silo, and a drive-in theater.

An inquiry is going to be started by the Australian Transport Safety Bureau.

A police report will be made for the coroner.

Anyone with information is urged to call Crime Stoppers at 1-800-333-TIPS (8477) or submit their tip online at crimestopperswa.com.au.

»Two persons die in a helicopter accident in Western Australia«