Skip to content
Go Home «» News «» World News «» Trump mocks Biden for sitting 14 seats back at the Queen’s funeral, saying he would have been placed closer to the front if he were president 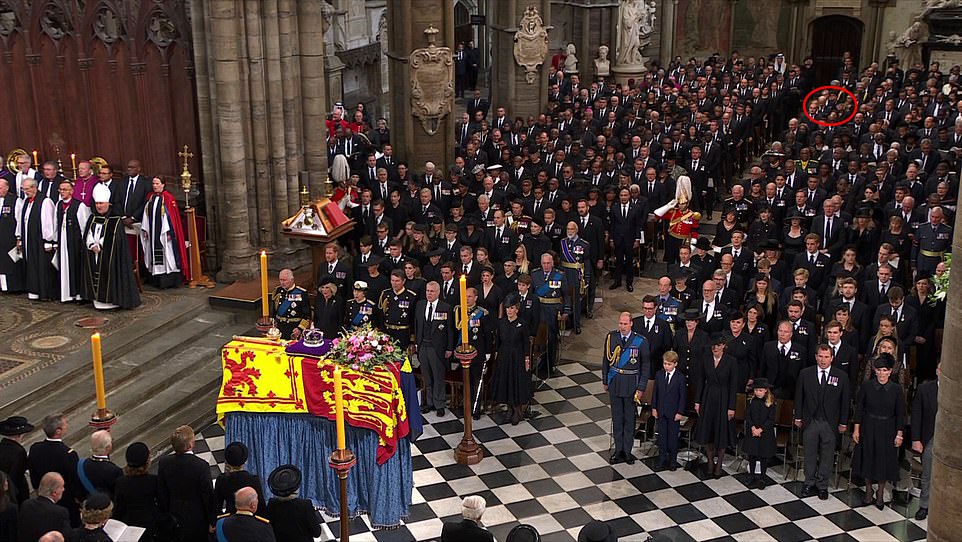 Donald Trump mocked Joe Biden for being seated 14 rows back in the audience of 2,000 mourners at the Queen’s burial, claiming that if he were president, he would have been placed closer to the front of the audience.

The former president said on Truth Social that this demonstrates that there is “no respect” left for the United States and that it is a good time for Biden to meet with “leaders of certain Third World Countries.”

Trump did not attend the funeral for Britain’s longest-reigning monarch, since invitations were restricted to current heads of state.

However, he has paid Her Majesty several compliments, including an eloquent editorial for DailyMail.com complimenting her elegance, charm, and nobility.

In his first response to the burial, he spotted Biden’s posture behind the Polish president in Westminster Abbey.

‘This is what’s happened to America in just two short years. No respect! However, a good time for our President to get to know the leaders of certain Third World countries.

‘If I were president, they wouldn’t have sat me back there—and our Country would be much different than it is right now!

»Trump mocks Biden for sitting 14 seats back at the Queen’s funeral, saying he would have been placed closer to the front if he were president«