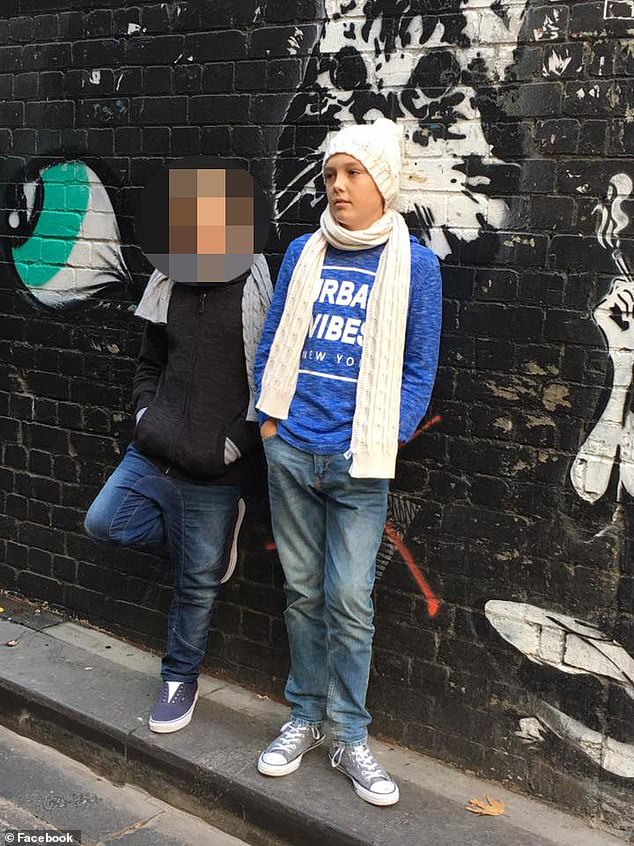 A teenager was killed in a car accident while delivering pizza, as shocked witnesses recall the moment they discovered his vehicle’s “smoking wreckage.”

Alex Edwards, age 18, was killed after his Toyota Yaris collided with a tree at 9:15 p.m. on Saturday, Somerset Drive in Mudgeeraba, Gold Coast, while on his delivery job for Domino’s.

A woman who lives close to the incident scene reported hearing a woman screaming while standing next to the severely damaged car.

The local told the Gold Coast Bulletin, “She was just yelling no, no, no over and over again”.

‘I assume it was the boy’s mother. The one who died.’

‘There was a loud whirring as the boy’s foot was still on the accelerator,’ the resident added.

‘I ran inside and called the ambulance and the driver was still alive at that stage.’

The victim’s heartbroken parents were at the scene on Monday reading cards from floral tributes and items placed at the base of the tree he struck – including a P-plate.

‘We never expected anything like this to happen to our baby boy,’ Alex’s father said.

His mother broke down on the grass crying as she read the emotional notes at the scene: ‘Long will you be missed. You never failed to put smiles on all our faces’.

She was later seen being comforted by a local resident of the street .

Friends have posted heartfelt tributes to the teenager online and left photos at side of the road where he died.

‘Rest in peace Alex, you’ll be missed by everyone,’ one friend wrote.

‘I always will remember our classes together,’ another said.

The two 17-year-old passengers managed to crawl away from the collision, bleeding and bruised but otherwise uninjured. On the weekend, they were treated at Gold Coast Hospital.

A neighbour said that the location was infamous for automobile collisions, and she herself had witnessed nine only metres from her home.

Thank goodness, LNP State MP Ros Bates has installed a guardrail after being requested to do so.

The street has a speed restriction of 70 km/h, however it has not been determined whether or not speed had a role in the collision.

Queensland Police are conducting an investigation.

»TEENAGER DIES IN A CAR ACCIDENT WHILE DELIVERING PIZZA«