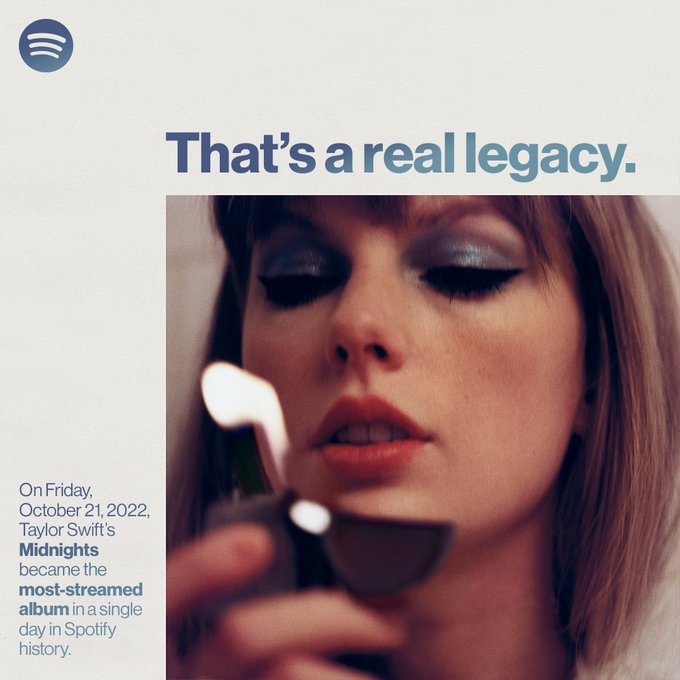 Swift became the youngest artist in history to have written and performed a No. 1 song on the Hot Country Songs chart after the release of her single “Our Song.”

Swift was just 17 years old when the song topped the country charts, becoming her the youngest artist in history to do so.

In 2009, Swift became the youngest person to ever receive the Country Music Association Award for entertainer of the year.

Taylor Swift accepts the award for Entertainer of the Year onstage at the Sommet Center on November 11, 2009, at the 43rd Annual CMA Awards.

As she won the medal, she remarked, “I will never forget this moment because everything I’ve ever desired has just occurred.”

With “Fearless” in 2010, Swift became the youngest artist ever to win album of the year.

Taylor Swift accepts the 2010 Grammy Award for album of the year.

Swift, who is 20 years old, subsequently told reporters in the Grammys press conference, “Country music is my home.” “Country music is my favorite genre. But to have it occur naturally this year? It has been fantastic. I believe the healthiest thing one can do when creating music is to eliminate prejudices.”

Later, Billie Eilish, who was 18 at the time, surpassed Swift as the youngest recipient of the album of the year award.

In 2016, when Taylor Swift won the Grammy for album of the year for “1989,” she became the first woman to win this prestigious award twice.

Taylor Swift stands backstage at the 2016 Grammys with her prizes.

“There will be people along the way who try to undermine your success or take credit for your accomplishments or your fame,” Swift said in her acceptance speech, possibly referring to the controversy she faced that year after Ye, formerly known as Kanye West, released a song claiming he “made her famous.”

“But if you just focus on the work and don’t let those people distract you, you’ll realize that you and the people who love you put you where you are, and that will be the greatest feeling in the world. Thank you for the opportunity!”

Swift holds the record for most American Music Awards earned. She has won an astounding 34 trophies.

Swift has more awards than Michael Jackson (26) and Whitney Houston (22) combined. Swift was also honored with the “Artist of the Decade” award and performed a medley of her most successful songs at the 2019 AMAs.

Taylor Swift holds the record for the most No. 1 hits on the US Digital Song Sales chart compiled by Billboard.

Swift is performing on stage.

Swift became the first woman to win album of the year three times at the 2021 Grammy Awards.

Taylor Swift at the Grammy Awards in 2021.

Swift received the coveted album of the year award at the 2021 Grammy Awards for “Folklore,” her ninth studio album, which she created and produced entirely while under quarantine. The record was the best-selling album of 2020 and is considered one of Swift’s finest works.

Paul Simon, Frank Sinatra, and Stevie Wonder are the only other artists to win album of the year three times.

Swift broke Shania Twain’s record for the most weeks at No. 1 on the Billboard Top Country Albums Chart after the release of “Red (Taylor’s Version).

Taylor Swift is currently on her “Red” tour.

“Let’s Go Girls!!!! You make me proud, @taylorswift13 “Twain responded to the news with a tweet. “The purpose of historical records is to be created and then broken. The baton should be transmitted to future generations.”

“All Too Well (10 Minute Version)” by Taylor Swift is the longest No. 1 song in history.

At the 2022 VMAs, Swift broke the record for most awards for video of the year.

Taylor Swift accepts the award for video of the year at the VMAs in 2022.

She added in her victory speech, “I know with every second of this moment that we could not have made this short film without you, the fans.” “Because without you, I would not be able to re-record my albums. You inspire me to do so.”

Swift also announced that her upcoming studio album “Midnights” will be released on October 21, 2022, at the same event.

Taylor Swift is also the top-earning female musician of the last ten years.

Forbes estimated that Taylor Swift made $825 million between 2010 and 2019, surpassing Beyoncé’s earnings of $680 million. According to Insider, Swift owns real estate worth at least $84 million across four states.

As of 2018, her “Reputation” tour was the highest-earning tour in the United States, grossing $266.1 million, according to Forbes.

Taylor Swift will be at the Toronto International Film Festival in 2022.

Swift’s album smashed the record for the most streams in a single day on Spotify with 184.7 million.

Insider previously reported that “Red (Taylor’s Version)” surpassed Spotify’s record for the most-streamed album in a day by a female artist on the day it was released, with 122.9 million listens.

Swift also smashed a record for being the most streamed artist on Spotify in a single day.

Kevin Kane/Getty Images on behalf of The Rock and Roll Hall of Fame.

Swift previously set the record for the most day streams by a female artist. On the day “Red (Taylor’s Version)” was published, Swift’s repertoire was streamed over 122,9 million times, with around 75 percent coming from the new album.

When Swift’s most recent album, “Midnights,” was released at midnight on October 21, thousands of Spotify outages were recorded as Swift’s followers sought to stream the album.

According to Downdetector.com, thousands of Spotify failures were reported globally between midnight and one a.m., coinciding with the release of Taylor Swift’s album. Users reported errors indicating an internet outage when the internet was actually accessible.

Although this isn’t literally a broken record, it demonstrates how popular Taylor Swift’s albums are and their propensity to “break the internet.”