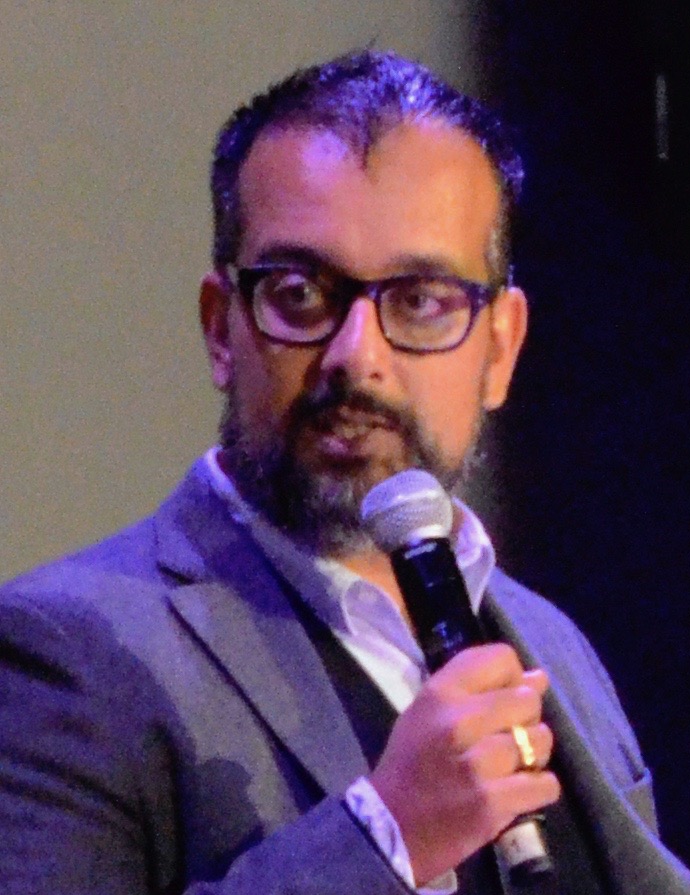 A Canadian journalist and director, Suroosh Alvi is a co-founder of Vice Media, an international digital media and television company with operations in over 50 nations. Alvi, an internationally renowned journalist who serves as the movie’s executive producer, focuses on youth culture, journalism, and music.

Alvi has hosted and produced documentaries looking into hot-button topics, armed conflicts, movements, and subcultures, such as the use of conflict minerals in the Democratic Republic of the Congo, the Iraq War, Hamas’ occupation of Gaza during the Israeli-Palestinian conflict, the rise of the Pakistani Taliban, and international terrorism.

On March 26, 1969, Suroosh Alvi was born to scholarly Pakistani parents in Toronto, Canada,. His father, Sabir A. Alvi, was a professor emeritus of psychology at the University of Toronto, and his mother, Sajida S. Alvi, specializes in Islamic studies and Mughal history. Alvi attended McGill University to study philosophy.

In 1994, Suroosh Alvi, Shane Smith, and Gavin McInnes established VICE magazine in Montreal, Quebec, Canada. A network of digital assets, such as VICE.com, TheCreatorsProject.com, Motherboard.tv, and Noisey.com, as well as a cable and OTT network, a record label, an internal creative services firm, and a book publishing section have been added to VICE, which originally covered punk music.

VICE has a network of journalists and bureaus and creates dozens of unique video series spanning news, travel, music, the arts, fashion, and gastronomy. Suroosh Alvi has worked as a journalist for VICE News and VICE on HBO, which combined have won both Emmy and Peabody awards. In 2014, Alvi handled a month’s worth of programming at the PHI Centre in Montreal as a guest curator.

Alvi covered the illicit mass weapons industry that was booming in the wake of the Soviet-Afghan War for a VICE episode titled “Gun Markets of Pakistan” in 2006. At the time, VICE was transitioning from magazine publication to video reporting. Since then, he has reported on wars and instability in the Democratic Republic of the Congo, Pakistan, Afghanistan, Iraq, and the Palestinian Gaza Strip. He has also covered news from other parts of the globe.

For VICE News, the VICE Guide to Travel series, and VICE on HBO, Suroosh Alvi has also produced and presented documentaries. The world’s deadliest terrorist groups, including al-Qaeda in Yemen, al-Shabaab in Somalia, Boko Haram in Nigeria, the Tehrik-i-Taliban in Pakistan, and the Islamic State in Iraq, are the subject of a multi-part series that VICE started in 2017 and is presented by Alvi.

Following the shooting down of Ukraine International Airlines Flight 752 by the Islamic Revolutionary Guard Corps in a confrontation between Iran and the United States as part of the continuing 2019–2021 Persian Gulf Crisis, the VICE Guide to Iran, presented by Alvi, was published in 2020. Alvi interviews regular Iranians about living in the Islamic state and discusses the effects of foreign sanctions on Iran following the Islamic Revolution of 1979 in the feature-length documentary.

He also conducts interviews with well-known Iranian politicians, such as Masoumeh Ebtekar and Hossein Sheikholeslam, who were among the students participating in the hostage crisis in Iran between 1979 and 1981. Sheikholeslam passed away in March 2020 from COVID-19 one month before the film’s debut.

VICE Music, the company’s record label, was founded by Suroosh Alvi in 2002. The label has collaborated with more than 50 artists and has sold more than 7 million CDs globally. Snoop Dogg, Action Bronson, Black Lips, Justice, Chromeo, The Streets, Bloc Party, and Death From Above 1979 are just a few of the artists it has worked with. Alvi started a collaboration with Warner Bros. Records and VICE Music in 2011.

In 2012, Suroosh Alvi traveled to Jamaica with the filmmaker Andy Capper from VICE, where they made the long-form movie REINCARNATED, starring Snoop Dogg. The movie was chosen for the 2012 Toronto International Film Festival, and the 2013 SXSW festival served as the U.S. debut.

The couple that Suroosh Alvi has been married to for a very long time had a kid together. The couple’s first kid is a boy, and they live in New York City, in the United States. But when he co-founded VICE magazine in 1994, he was still recovering from his heroin addiction from his adolescence. Midway through 2022, Suroosh Alvi and his wife are still together and enjoying their marriage.

The value of Suroosh Alvi The estimated net worth of Suroosh Alvi is $410 million. His work as a journalist and filmmaker is his primary source of income. With additional professional earnings, Suroosh Alvi makes more than $20 million a year in income. His lucrative job has allowed him to enjoy opulent lives and expensive travel. He is among the wealthiest and most powerful journalists in the country. Suroosh Alvi has a wonderful body weight that fits his personality and a pleasing height of 1.83 meters.