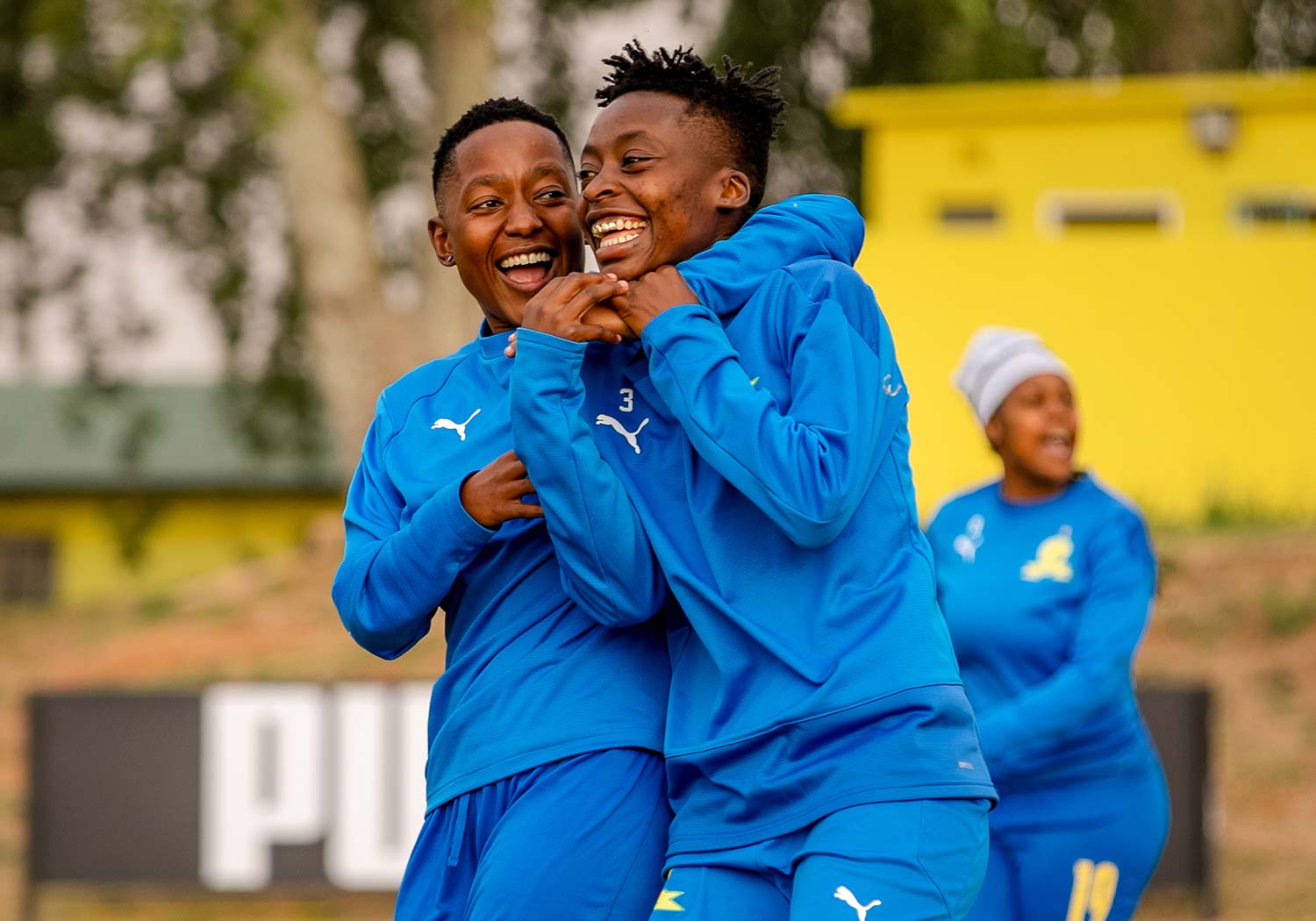 Mamelodi Sundowns Ladies will be expecting to break many goal-scoring records in the Hollywoodbets Super League before they shift their focus to Morocco, the location of this year’s CAF Women’s Champions League, which is just around the horizon.

Amazingly, in what has been a season of thrilling offensive football, the Brazilians are just 5 goals away from surpassing the 100-goal milestone. With 95 goals scored in 25 games, a staggering 3.8 goals per game, Banyana Ba Style has been in beast mode all season.

To put such startling totals into perspective, consider that Sundowns Ladies scored 87 goals in 26 games the previous season and 83 goals in 22 games in 2020. Coach Jerry’s team will be looking to send a strong and menacing message to their continental competitors ahead of the CAF Women’s Champions League with 5 games remaining in the current season.

Oratile Mokwena, a midfielder, thinks the squad is eager to go to Morocco in the greatest manner possible.

We are enjoying the games as they come, which are coming thick and fast for us. Because we will be competing against some of the top teams on the continent in Morocco, these games keep us in condition. I must praise our perseverance and consistency from the very beginning of the season. Everyone on the squad is driven to succeed, and we are committed to scoring as many points as possible in each game we play. We are psychologically prepared for anybody coming in our way because we will be so eager to win the Hollywoodbets Super League before we go to Morocco, Oratile said.

The continental champions have been unstoppable since their 1-0 loss in the Tshwane Derby courtesy to six consecutive victories. Sundowns Ladies have astonishingly gone 540 minutes without allowing a goal. The defending champions have only let up 11 goals overall all season and have played 25 games while maintaining an astounding 16 shutouts!

When Mamelodi Sundowns Ladies take on Coal City Wizards at the Lucas Moripe Stadium on Wednesday, they will be looking to make it seven victories in a row.

The Brazilians have 67 points, which puts them 16 points clear of TUT FC in second position. With 46 points, JVW FC are in third position.

On the Sundowns scoring leaderboard, Boitumelo Rabale and Miche Minnies are equal with 16 goals each. Melinda Kgadiete has eight goals to her credit, Andisiwe Mgcoyi has ten, and Rhoda Mulaudzi has seven.

On Wednesday, October 19 at Lucas Moripe Stadium, Mamelodi Sundowns Ladies and Coal City Wizards will play. The match is scheduled to begin at 15h00.