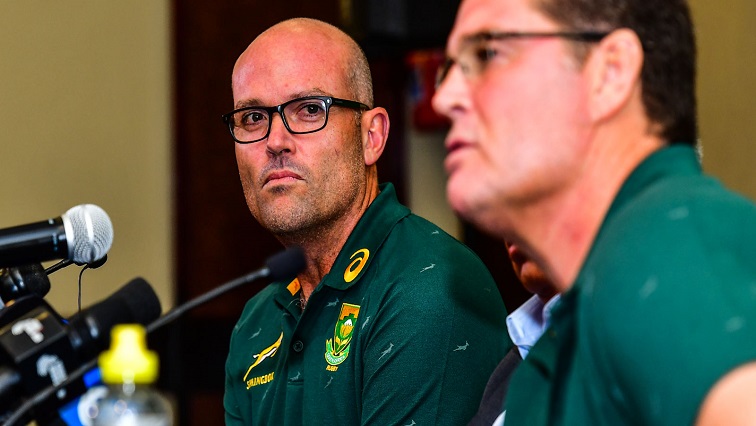 South Africa has made two changes to its starting lineup for Saturday’s Rugby Championship match against Australia at Adelaide Oval, and coach Jacques Ninaber has also dropped one of their legendary Bombers from the bench.

Warwick Gelant will replace the injured Jesse Creel on the right wing, while Faf de Klerk returns to the scrum-half position after sustaining an injury against New Zealand earlier this month.

Gelant is the Springboks’ fourth right winger in as many Tests, after the injury or suspension of Cheslin Kolbe, Kurt-Lee Arendse, and Krill.

Injuries to back-line players at the beginning of the most recent Tests forced a change in bench strategy, with Ninaber shifting from a 6-2 split between forwards and backs to a more normal 5-3.

This indicates that their Bomber, in which strong attackers are used as second-half substitutions to maintain pressure on opponents who are tiring, has been significantly weakened.

De Klerk and Gelant start in Adelaide on Saturday

Big tests await the Boks against the Wallabies

“Australia is always a brutal force at home”

The alternatives from the bench are scrumhalf Jaden Hendrikse, flyhalf Elton Jantjies, and utility back Frans Steyn.

“We looked at what Australia would bring to the game and that, combined with our need to give Elton and Frans Steyn some important game time, prompted us to select five forwards and three backs on the bench,” Ninaber said in a press release from the South African rugby.

“With Franco (Mostert) and Quaggo (Smith) on the bench we will have cover at lock and loose forward and Frans Steyn’s versatility will also come in handy as he can cover at centre-back and full-back.”

Hooker Joseph Dweba, who was sent out after 30 underwhelming minutes against New Zealand in the final timeout, has a second opportunity to start, as do prop Ox Nche and number eight Dwayne Vermeulen, who all struggled during the 35-23 loss at Ellis Park.

“We also feel it is important to give the likes of Ochs, Joseph and Dwayne another opportunity to continue to build combinations and give them valuable game time as we approach next year’s Rugby World Cup.”

South Africa has not won in Australia since 2013, and Ninaber has an uphill struggle despite the Wallabies’ poor performance in their 48-17 defeat to Argentina in their most recent match.

“We had a thorough review of our last match against New Zealand and we identified areas of our game where we needed to improve,” Ninaber said.

“We know we need to make a big step up in the quality of our performance to start the tour on a positive note and that’s a big goal for us this weekend.”