Skip to content
Go Home «» News «» World News «» Since the start of the year, family savings have paid for electricity and food 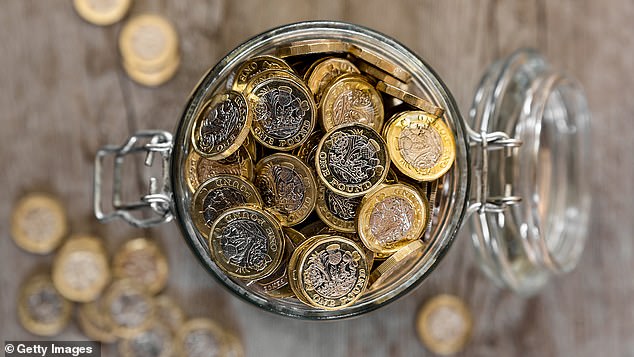 Since the beginning of the year, household savings have more than halved as households have had to utilize their savings to pay for rising energy costs and the weekly grocery purchase.

According to statistics from the accounting company KMPG, the typical UK family has seen a hike in costs for food, electricity, and mortgage repayments of £145.50 so far this year.

Families now have to spend over £1,800 more each year to pay their expenses, raising the prospect of more price increases.

According to a poll, expenditures have increased by £194.40 a month for those between the ages of 35 and 44 since January, more than for any other age group.

Additionally, according to The Times, individuals who had funds as of 2022 only had 43% remaining.

About a third of the 3,000 customers surveyed stated they were forced to spend their savings merely to cover necessities. Another 10% said they are spending all of their money just to get by.

Linda Ellett, the head of consumer markets at KPMG, issued a warning that “all families still have to handle the energy price increase from October.”

After Liz Truss made a statement earlier this month, domestic expenses are expected to be restricted to an average of £2,500 for the next two years.

Families will only be paid a maximum of £2.93 per therm under the household program, compared to an anticipated market price of £4.32 for the following year.

However, it is still anticipated that the average family bill in the UK would increase by more over £500 by October.

According to the poll, almost a third of participants are now purchasing more supermarket own-brand goods or are waiting for sales in order to save money.

The cost of groceries has increased by more than 12% in the last month alone due to escalating food and beverage costs, breaking the previous record of 11.6 % set last month, according to research company Kantar.

The rate, which amounts to an annual rise in food spending of £571 or £10.98 per week for the typical UK family, is the biggest since the business began keeping track of supermarket pricing in this manner 14 years ago.

Around a quarter of customers questioned moved to bargain retailers like Lidl and Aldi as a result, altering both their shopping habits and supermarkets.

As a result of an increase in market share of 1.2 percentage points, Aldi beat Morrisons to take the fourth-largest supermarket ranking in Britain for the first time.

10% of people are also using their credit cards more often to purchase products.

Dining out or getting takeout on a Friday night is one of the most popular ways families have cut down on their expenses.

It raises new questions for the hotel sector, which is still struggling to fully recover from the disastrous effects of the Covid epidemic.

Recently, businesses have had to choose between passing on the expense of rising energy costs to consumers or taking the crippling financial blow and risking closure. Many were forced to choose the latter option.

Holidays are “usually the first item to go,” according to Guy Adams, owner of the Isle of Barra Beach Hotel in the Hebrides, when families are seeking to reduce their budgets.

At the beginning of the year, the pandemic was at the top of the public’s awareness; however, the cost of living problem has essentially replaced it as the most urgent issue.

In order to assist families that are suffering with the expense of living, Kwasi Kwarteng is developing plans for a new wave of tax reductions.

The Chancellor said he was prepared to go farther in a confrontational interview yesterday, dismissing market concerns over the £45 billion in tax cuts included in last week’s emergency Budget.

There will be more, he promised. “We’ve only been here 19 days,” I said. Because I think that the British people will be the ones to drive this economy, I want to see more individuals over the next year keep more of their money.

In preparation for the official Budget that is anticipated for next year, Mr. Kwarteng has started a study of all tax rates. The Chancellor intended to “make the tax system simpler, better for families, and more pro-growth,” a Treasury insider told the Daily Mail.

It is very early in the evaluation process, but it is fair to say that we are examining if there is more we can do to support families, the source said.

The levy on child benefits that applies to parents earning more than £50,000 a year is one option. Mr. Kwarteng is also thinking of giving tax breaks to those who remain at home to care for their children or other family members.

Couples would be able to transfer their personal tax allowance, which is presently worth £12,570, under the proposal put up by Liz Truss during her leadership campaign.

Couples might save up to £2,514 a year if a person taking time out of work to care for a relative could shift their whole allowance to a working household member.

Families are “the cornerstone of society,” according to Miss Truss at the time. She also said: “We will examine the taxation of families to ensure individuals aren’t penalized for taking time off to care for their children or elderly relatives.”

The study will also consider ways to streamline the tax code. Complex regulations that result in an effective tax rate of 60% for anyone earning between £100,000 and £125,000 may be eliminated.

In addition, the Chancellor will consider raising lifetime pension allowances amid worries that some professionals are taking early retirement because harsh tax rates make it unprofitable for them to continue working.

»Since the start of the year, family savings have paid for electricity and food«