Skip to content
Go Home «» News «» Entertainment News «» Rosalia, a Spanish singer, is displeased with a fan after she was smacked in the face with a bouquet during a performance in the United States 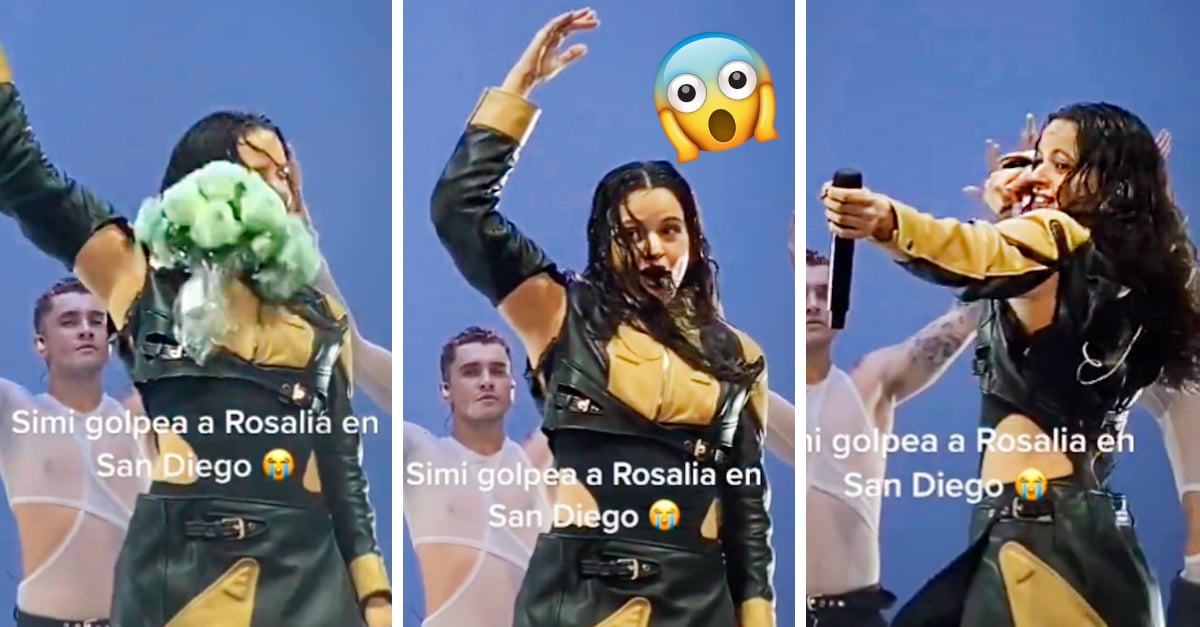 Rosalia, a Spanish pop singer, has asked audience members to be more cautious while tossing flowers onto the stage after getting a bouquet in the face during a live performance.

The incident left the singer-songwriter dumbfounded when it cut short her moment of magic as she was cheered by concertgoers at the end of a song.

She recovered immediately and kept her cool following the flower incident. She laughed at the audience and aimed an imaginary bow and arrow at the unidentified flower thrower.

The 30-year-old Catalan, who has accumulated ten number-one songs in her home country, afterwards took to Twitter with a message to her supporters.

“Please don’t throw anything onto the stage,” she pleaded.

The attractive brunette continued, making reference to the studio album Motomami, which loosely translates as “biker girl” in English: “If you are so Motomamis that you still toss them, make sure you throw them to the opposite side of where I’m standing.”

She ended her Spanish tweet with a slightly smiling face emoticon, indicating that she intended her request to be taken seriously.

The event occurred in San Diego, where she was performing as part of her current Motomami World Tour.

Beginning tomorrow, she will perform on stage in Inglewood, California, for two nights.

When she visited Mexico in August, admirers tossed Simi dolls, the mascot of a national pharmacy company.

The tradition is a method for many music fans to welcome their favorite performers to the country.

Lady Gaga was smacked in the face by one of the dolls earlier this year while performing on stage in Toronto, Canada.

Another fan was enraged by the incident, writing alongside video of the moment the New York-born performer was smacked in the face with the flying object while mid-song: “How can some fans believe is okay…this is so hazardous and terrible.”

»Rosalia, a Spanish singer, is displeased with a fan after she was smacked in the face with a bouquet during a performance in the United States«