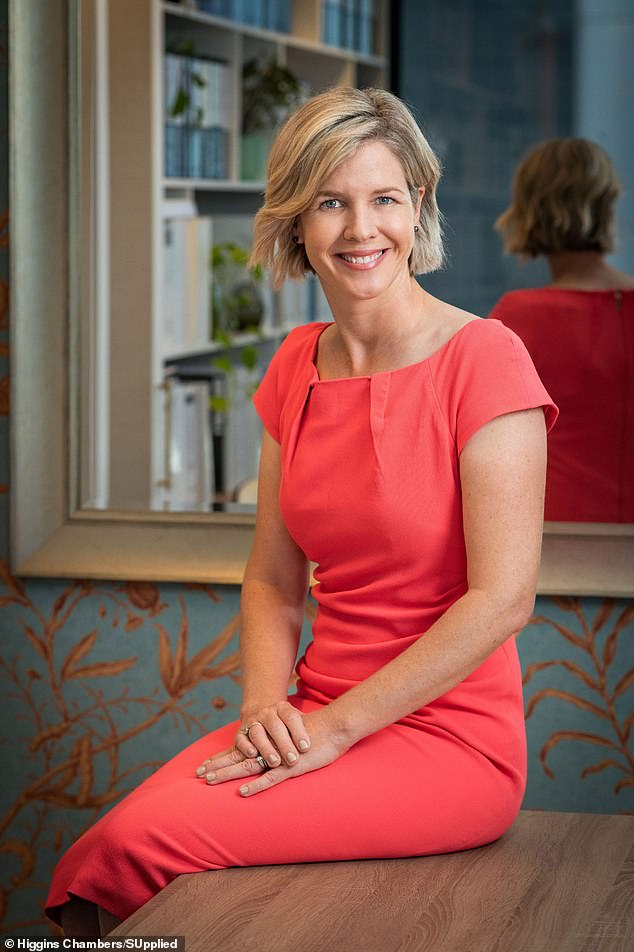 During testimony at a hearing where appalling tales of bullying and sexism in the ranks of the police were heard, one of Australia’s top female policemen admitted that she had experienced sexual harassment on many occasions early in her career.

Following the heated hearings on Wednesday, Katarina Carroll returned to Brisbane Magistrates Court for the Commission of Inquiry into Queensland Police Service response to domestic and family violence on Thursday.

“A number of occasions over my career, what happened to these ladies and other women, precisely occurred to me,” the tough-talking Queensland Police Commissioner said as she became visibly tearful.

She said that one senior male officer told her explicitly that she “didn’t deserve” to be a police officer because she was displacing men from their positions.

According to Commissioner Carroll, she filed a complaint and never had another conflict with that specific coworker.

However, she asserts that while riding in his vehicle, another cop afterwards singled her out for attention.

I was very much assaulted by someone who I would describe as a sexual predator… He drove me to a forest, where he began removing my seatbelt.

She said that she fled back to her police station, where she was defended by several male cops.

She remarked, “I simply wanted to convey that my station protected me.”

She said that on another occasion, when still another police kept “pinching me in the rear,” the guys in her station intervened.

She said that she did not disclose such instances because she believed that her coworkers had taken care of the problem and were watching out for her security.

Task Force Juniper, which was formed in April 2019 to address sexual harassment and gender imbalance within the police force but was dismantled a year later, was the subject of questions for the commissioner.

The task team was described as a “toothless tiger” and finally split into two divisions within the police department, although these remained understaffed, according to counsel supporting the investigation Ruth O’Gorman KC.

Despite being “enthusiastic” about the chance to change the ethos within the police, Commissioner Carroll said that the units had been neglected because of Covid policing responsibilities.

She said that she agreed with Ms. O’Gorman’s claim that women in the police had been let down because the units had failed to alter the culture.

Women have told me that, therefore I agree, Ms. Carroll added.

The hearing on Thursday came after horrifying stories of sexual harassment in Queensland Police ranks that jeopardized the force’s image were presented before the inquiry on Wednesday.

Between 2002 and 2018, one detective senior sergeant sexually assaulted at least nine junior policemen while preying on them.

In one occasion, he approached a female police officer waiting for a job interview and ran his hand up her back and onto her bra.

During her questioning, a senior officer handed the sergeant a letter that said, “Loose?” The sergeant nodded and grinned.

According to Ms. O’Gorman, her team sought any accusations of internal harassment and bullying going back two years.

A senior male constable at the woman’s station was found to have singled out at least three women in one inquiry conducted in 2019 after she filed a complaint.

He regularly pursued the ladies on the internet, gave them images of his penis, and touched them inappropriately.

He threatened to break into her home and rape her after the woman who filed the complaint ordered him to stop, according to the evidence presented before Judge Deborah Richards.

The conduct, according to Commissioner Carroll, was “absolutely inappropriate,” and she argued that the force’s culture of silence needed to change.

She said that a 2019 study showed that the “extremely militarized” leadership style in the QPS, which she was criticizing, was the cause of workplace bullying.

She said that sexism and misogyny were pervasive, worrying, and persistent in certain teams, stations, and districts and that the local management resolution mechanism, which was supposed to decide the repercussions for complaints, was flawed.

The commissioner also expressed regret to three female officers who “fallen between the gaps” after reporting their superior’s sexist and racial harassment.

An internal inquiry revealed that an officer-in-charge had harassed nine individuals from 2003 to 2019.

He emailed cops at his station obscene photographs while shouting, threatening, and using profanity.

He dubbed one of his coworkers a “towelhead.”

The guy was eventually promoted after the man’s behavior was also addressed via lead management resolution.

After denouncing him, three female detective senior constables were so severely abused that they felt forced to go to uniformed police or resign.

After reporting the sexual assault of a senior officer, a second victim was met with resistance from coworkers.

“It ruined my career.” I was unable to fix it, she said.

“I often wonder how these coworkers would respond if their wives or daughters were unjustly victimized in a job in addition to being sexually harassed,” the author says.