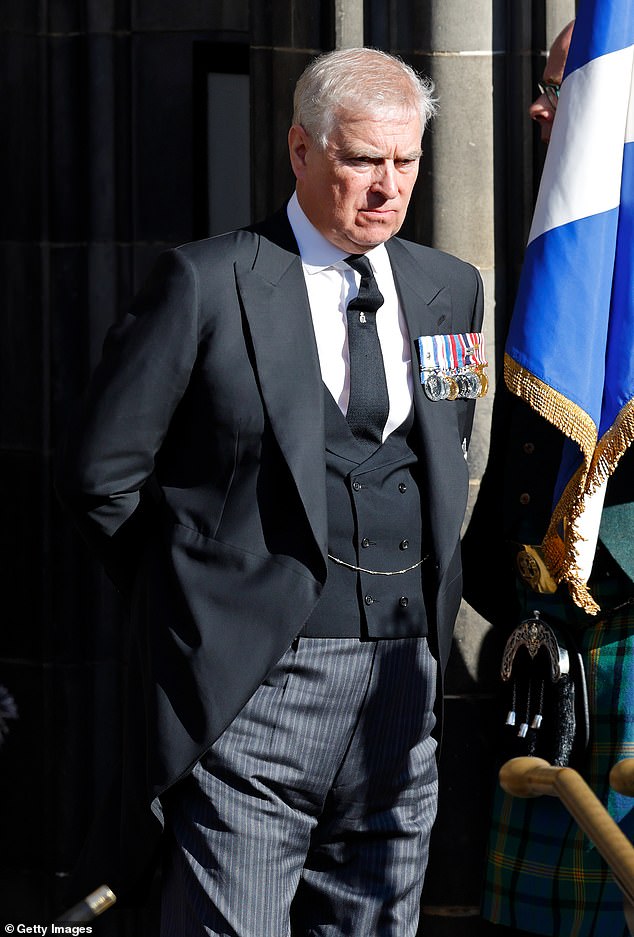 A guy heckling Prince Andrew during the Queen’s funeral procession in Edinburgh was “thrown to the ground,” prompting two individuals to be charged with assault.

When Prince Andrew was “verbally harassed” on September 12 while walking behind the coffin of his mother on the Royal Mile, mourners intervened, prompting police to open an inquiry.

After being removed by police, the 22-year-old protester who was seen on camera heckling the disgraced Duke of York was charged with a breach of peace.

He was then freed on a promise to appear in court later.

However, Police Scotland has now revealed that two other males, both 34, are now anticipated to appear in court as a result of their detention and accusations.

Two males, both 34, have been charged with assault after an incident on the Royal Mile on September 12 according to a police spokeswoman.

“A report will be issued for the fiscal’s consideration.”

As their mother’s casket made its last journey from the Palace of Holyroodhouse to St Giles’ Cathedral, Prince Andrew walked behind his three siblings, King Charles, Princess Anne, and the Earl of Wessex.

He donned a morning suit since military garb was not permitted for the event.

Due to his contentious association with the deceased US millionaire Jeffrey Epstein, who committed himself while awaiting prosecution on allegations of sex trafficking, the disgraced 62-year-old retired from royal responsibilities in 2019.

Following his out-of-court settlement with his sex assault victim Virginia Roberts earlier this year, the Duke of York had mostly withdrew from public life.

He consistently refuted Ms. Roberts’ claims that he sexually raped her when she was 17 and a victim of human trafficking being carried out by his pal Epstein.

But before the matter moved to a US civil trial, he and Ms. Roberts reached an out-of-court settlement for £12 million.