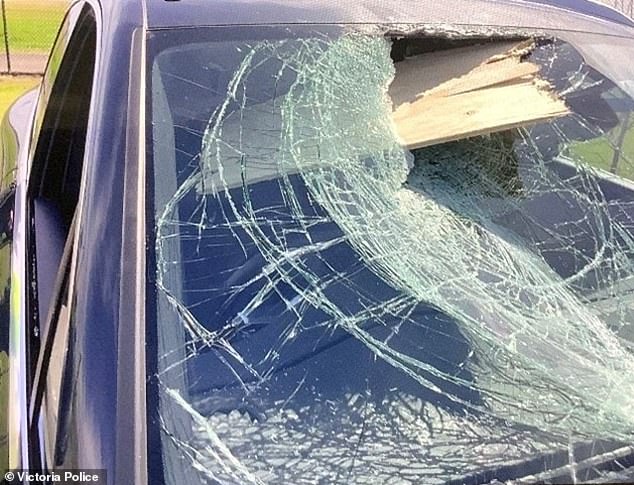 In what police described as a “lucky escape,” a 71-year-old Porsche driver and his 70-year-old passenger barely avoided suffering severe injuries when a piece of wood slammed through the glass of the vehicle.

On the morning of September 20, the duo was operating their Macan SUV along Melbourne’s Citylink expressway when, at about 10am, a piece of wood slammed through their glass.

When the item impacted the pair’s car, damaged the bonnet, and partly entered the cabin through the windshield, their vehicle was moving at 80 kilometers per hour between Brunswick and Moreland Roads.

The female passenger was unharmed in the collision, but the male driver had a black eye.

The event, according to Senior Constable Adam West, was a “lucky escape.”

Photos show the pricey vehicle with a sizable damage on the bonnet and pieces of the board protruding through the broken windshield.

But none of the two could see where the board had come from.

The Victoria Police are looking into the collision and would want to talk with any witnesses.

Anyone with pertinent knowledge or dashcam video is invited to get in touch with Crime Stoppers.

»Plank of wood bursts through Porsche’s windshield on Melbourne Citylink«