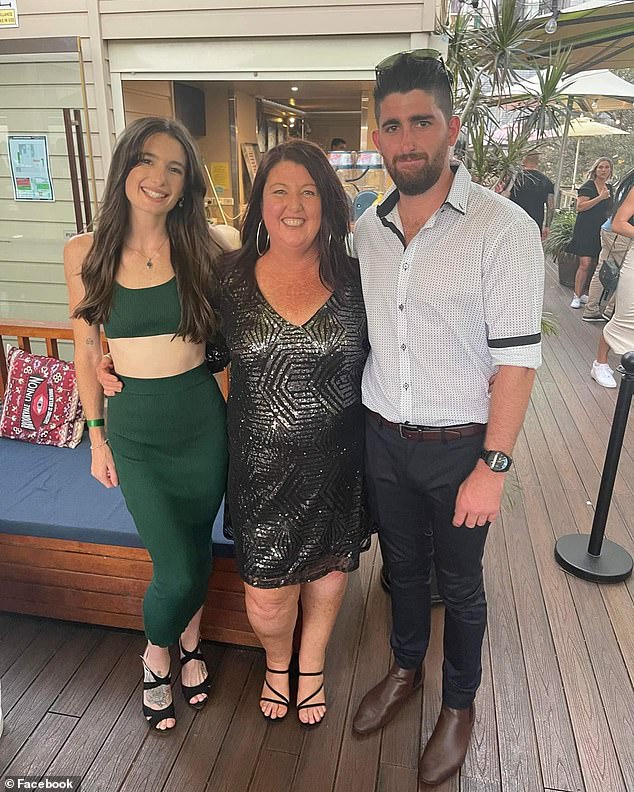 A Perth miner who was reportedly stabbed and assaulted in an unprovoked incident saw his spontaneous abroad trip turn into the vacation from hell.

After being reportedly attacked outside a nightclub in Kuala Lumpur, Malaysia, Luke Jeffers, 26, had 21 hours of surgery and is now in critical care.

The West Australian was assaulted by a gang of at least five guys, according to video captured by astonished bystanders.

He then slumped backwards and struck the ground, laying in a pool of blood, with open cuts to his neck and shoulder.

In addition to sustaining a fractured C3 vertebrae in his back, Mr. Jeffers also sustained an 8 cm cut to the left side of his neck, a significant laceration to his shoulder, and a terrible, permanently disfiguring wound to his left hand.

From Perth, his mother Jo and grandmother had flown to be at his hospital bedside.

Despite being in stable health, Mr. Jeffers will remain in critical care for a “undetermined length of time,” according to his sister Brooke.

She has started an internet campaign to gather money for her brother’s return trip and the mounting medical costs.

She stated, “Unfortunately, Luke did not have travel insurance since this was such a last-minute trip.”

“Our family was not prepared for the price of the hospital expenses, continuous rehabilitation, and what it would take to bring him home with the assistance of a doctor.”

Within 24 hours, more than $50,000 had been donated thanks to the flood of supportive responses that the online campaign received.

According to Ms. Jeffers’ Facebook post, “The reaction thus far has been phenomenal, and we are so glad and eternally grateful to everyone who has given and shared.”

In connection with the alleged brawl, Malaysian police have detained three individuals between the ages of 20 and 30.

They continue to be detained and will appear in court on Tuesday.

According to police, one of the males is accused of injuring Mr. Jeffers’ hands, chest, and neck with a sharp instrument.

As investigations go, further arrests have not been ruled out.