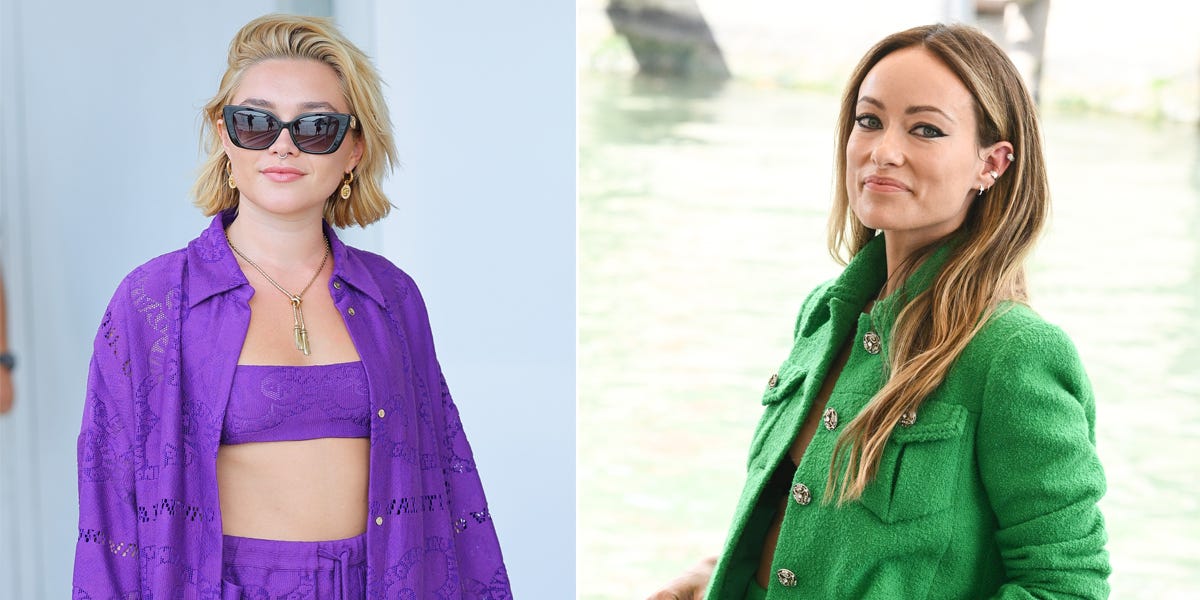 At the Venice Film Festival on Monday, Olive Wilde dodged a question regarding her reported “falling out” with Florence Pugh.

Before “Don’t Worry Darling,” her most recent acting and directing endeavour, had its festival premiere on Monday night, Wilde, 38, spoke on a panel about it.

Harry Styles, Chris Pine, and Gemma Chan were among the cast members that joined Wilde on stage, but the movie’s star, 26-year-old Florence Pugh, was conspicuously absent because she had flown directly from the set of “Dune” to Venice for the Monday premiere, according to People.

According to The Wrap, Pugh’s “Dune” filming schedule is restricting her press for “DWD,” which is stoking speculation about a rift between Pugh and Wilde. Long-running rumours that the two are at odds came to a climax in August when Shia LaBeouf, 36, refuted Wilde’s claims to Variety that he was let go from “Don’t Worry Darling.”

In her interview with Variety, Wilde gave the impression that she fired LaBeouf for both his acting style and the fact that her top concern was to make Pugh feel “comfortable” while filming. LaBeouf was replaced by Styles in the movie.

LaBeouf claimed that he left the movie after the interview was published, and he provided Variety with a video of Wilde pleading with him to change his mind.

Following LaBeouf’s statements to the media, the footage surfaced online.

In the video, Wilde appeared to be referring to Pugh when she said she was “not ready to lose up on” LaBeouf appearing in the movie and that she hoped his decision to depart “may be a bit of a wake-up call for Miss Flo.”

According to People, a reporter questioned Wilde about whether or not she and Pugh had “a falling out” during the press conference.

“Florence is a power, and we are very appreciative that despite working on “Dune,” she was able to attend this performance.

I know, as a director, how disruptive it is to lose an actor even for a day, so I’m really grateful to her, to Denis Villeneuve for supporting us,” she remarked.

“And we’re overjoyed to be able to honour her work tonight. I can’t express how grateful I am to having her as our leader enough. She is fantastic in the movie.”

The actress continued by claiming that she didn’t “felt the need to contribute” to the rumours regarding a gap between herself and Pugh.

According to People, she continued, “As for all the endless tabloid gossip and all the noise out there, I mean, the internet feeds itself.” “I have no inclination to contribute. It has received enough nutrition.”

When a reporter from The Hollywood Reporter sought to ask Wilde a question regarding LaBeouf, the moderator of the panel reportedly responded that Wilde “had already handled” inquiries concerning “online noise.”

On September 23, “Don’t Worry Darling” has its theatrical debut.