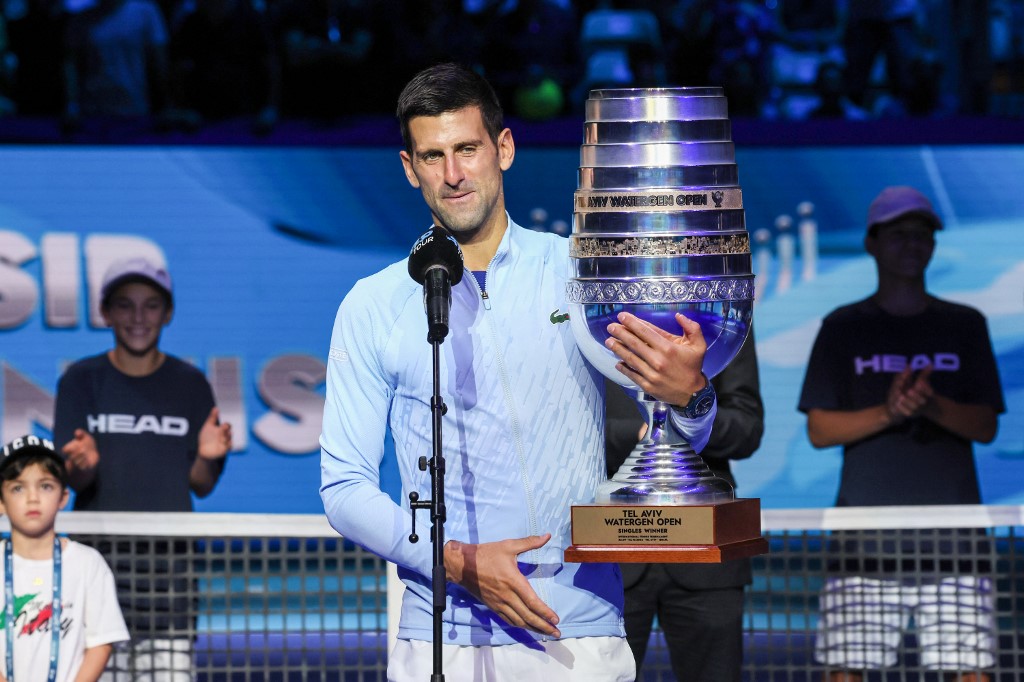 Sunday, Novak Djokovic won the Tel Aviv Open, which is essentially the most prestigious tournament in tennis.

In the final, the Serbian defeated Marin Cilic of Croatia 6-3, 6-4 to earn his first trophy since Wimbledon in July.

The 35-year-old was awarded a ludicrously huge, almost three-foot-tall trophy for his victory in Israel.

The US Open tweeted “In awe of the size of this trophy” alongside a shot of Djokovic lifting the trophy. “Absolute unit.”

One admirer tweeted, “Does he get a year’s supply of wine to fill that cup?” while another remarked, “That is some prize.”

The Tel Aviv Open was Djokovic’s first regular tournament since winning Wimbledon; he had only competed in the Laver Cup since then.

However, his lack of match practice did not prevent him from dominating the entire tournament.

He won the championship without ever losing a set.

“I believe I played some very good tennis. I [didn’t] drop a set the entire week, “The 35-year-old stated as he lifted the weighty trophy.

I hadn’t played in a tournament in three months, so the fact that people have been so pleasant and helpful throughout the week provided me with additional desire to do well.