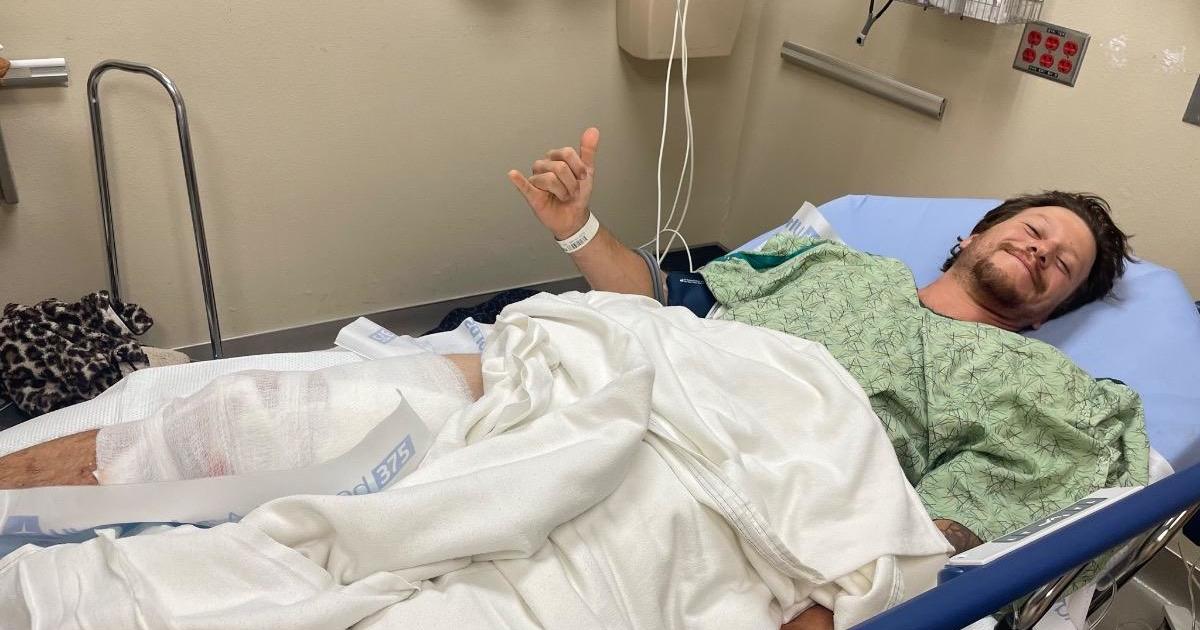 A shark attack in Northern California on a 31-year-old surfer left him with horrifying bites on his right thigh and leg. He is still healing.

Jared Trainor told the Times-Standard newspaper in Humboldt County that he was thrown from his board on a Sunday visit to Centerville Beach. He said that the monster had his right leg and board encased in its jaws.

The skilled surfer reportedly grasped the shark’s body underwater and kicked at its head with his free leg until the shark let him go and swam away. Trainor went back to the beach where another surfer was using a mobile phone to ask for assistance.

I don’t recall the first interaction, he said to the newspaper. It all seemed to happen so rapidly.

His gaping wounds, which were about 19 inches, or the width of the shark’s jaws, were stapled shut by doctors. The Store, a surf shop in Arcata, California, has an Instagram account where pictures of healing Trainor and his injured leg are shared.

In a GoFundMe fundraising campaign, his sister, Haley Martino, claimed that her brother had been attacked by a great white shark.

Jared is recuperating at home, according to the GoFundMe. “He’s very fortunate. Although he is in agony, he is cheerful.”

According to a 2017 news report in The Sacramento Bee, there have been 16 shark attacks in Humboldt County since 1960.

In Shelter Cove in Humboldt County, a kayaker nearly avoided a great white shark in 2020.

The bite was from a shark, the Ferndale Volunteer Fire Department said in a social media post.

“As far as our membership goes, we are not aware of any incidents similar to this. This serves as a warning that there are several risks to be aware of while visiting the beach,” according to the department’s post.

This June, a great white shark off the coast of central California bit another man. Three weeks after being bitten by a shark while swimming off Pacific Grove in Monterey, Steve Bruemmer, 62, was discharged from Natividad Medical Center in Salinas, according to the hospital.

Following three years of reduction, there was an upsurge in shark attacks worldwide in 2021, according to authorities in January. With 47 verified occurrences, or 64% of the total cases globally, the United States once again recorded the highest number of unprovoked shark attacks in 2021.