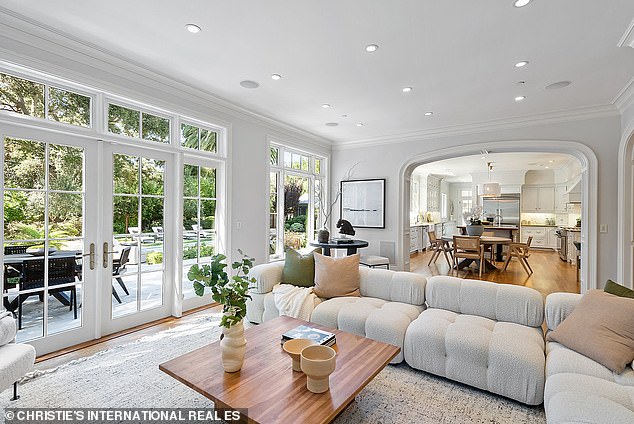 When the former deputy prime minister relocated to Silicon Valley to work for Facebook as its vice president for global affairs in December 2018, he purchased the five-bedroom house for £6.7 million.

The mansion in Atherton, the richest town in America, was sold by Clegg, who is now president of global affairs and communications for Meta as Facebook underwent a rebranding, four days ago for £10.3 million.

According to reports, the former leader of the Liberal Democrats earns £2.7 million a year in salary and has share options worth $10 million.

According to real estate company Christie’s International, the home “makes a powerful first impression” and is “framed by lush grass and white flowers.”

Clegg, 55, stated earlier this year that he was returning to London for personal reasons, among them a desire to be near his aging parents.

His 54-year-old wife Miriam, an attorney who specializes in international commerce, has often bemoaned life in the United States, once comparing Silicon Valley to the Vatican and claiming that it is “somewhat isolated and tremendously affluent.” It is not very diverse and is dominated by males.

The family’s £3 million West London house is also said to be welcoming the couple’s three boys back.

However, despite purchasing a £1.5 million two-bedroom apartment in Palo Alto, near to Meta’s headquarters, early this year, they have not entirely cut their links to Silicon Valley.

Clegg’s departure for Britain coincides with criticism of Meta for failing to remove detrimental content from Instagram, one of its social media channels.

Molly Russell, 14, died in 2017 “after an act of self-harm while suffering from despair and the detrimental impacts of internet information,” a coroner in London decided on Friday.

Following the historic decision, her father Ian stated: “They [Meta] didn’t actually consider anything to do with safety.”