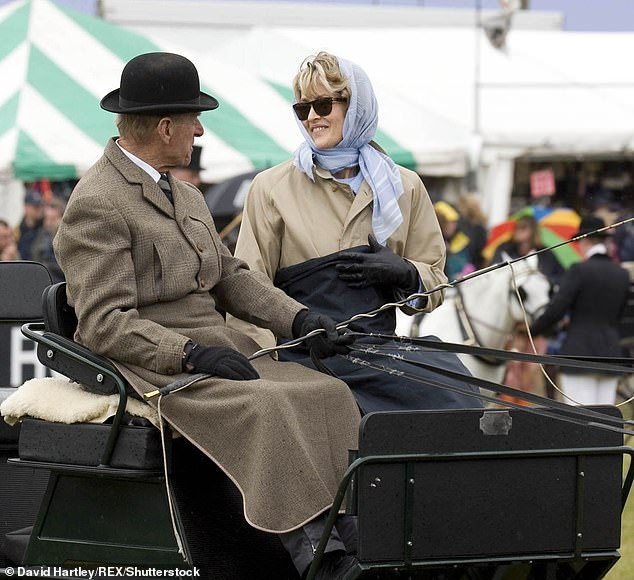 After it became known that the next season of The Crown on Netflix would include sequences showing Prince Philip having an affair with a close friend named Penny Knatchbull, there was outrage.

On November 9, the popular show—one of the streaming giant’s most watched shows—is scheduled to return to television, raising concerns about the season’s content among certain royal watchers.

According to The Sun, there will be “intimate encounters” between the late Duke of Edinburgh and the Countess Mountbatten of Burma, who was 30 years his younger, in the next episodes.

The couple were said to be seen holding hands while Philip speaks about his marriage, a gesture that the late Queen’s former press secretary has called “cruel trash.”

The magazine was informed by Dickie Arbiter, who served as Her Majesty Queen Elizabeth II’s spokeswoman from 1988 to 2000, that it was repugnant that such scenes would be performed only a few weeks after her demise.

“This is quite disgusting and, quite simply, terrible garbage,” he added. “It comes only weeks after the country put Her Majesty to rest next to Prince Philip.”

The reality is that the whole family has known Penny for a very long time. People’s sentiments are not important to Netflix.

“This is fiction,” He would never in a million years talk to anybody about his marriage. For their own mental health, the royals most likely won’t watch it.

According to a Netflix insider, rumours about the plot of the next season are “pure guesswork.”

Penny, who is now 69, and Philip became acquainted via their shared passion of carriage riding and were referred to as the “second-most important lady” in his life.

According to reports, Philip helped Penny after her 5-year-old daughter Leonora passed away from renal cancer.

Penny, who was also known as Lady Romsey and Lady Brabourne, frequented Wood Farm, the Norfolk house on the outskirts of the Sandringham Estate where the Prince spent a lot of his time after stepping down from public life in August 2017.

The fact that she was the only non-family member invited to the Duke’s private 30-person burial last year shows how significant a place she had in the Duke’s life.

In fact, the Countess and the Queen and Philip were so close that the Palace staff is said to have given her the moniker “and also” since no guest list was ever considered complete without her.

Another indication of her tight links to the Royal Family was her attendance at the Queen’s burial last month.

In the next penultimate season of The Crown, Natascha McElhone, a British actress, will play Penny.

Many of her scenes will be with Sir Jonathan Pryce, who will be playing Prince Philip in place of Tobias Menzies and Matt Smith.

According to The Sun, the Duke of Edinburgh will instruct Penny in carriage riding in one of the forthcoming season’s episodes while admitting his marriage has “issues.”

Imelda Staunton will represent Her Majesty Queen Elizabeth II in the fifth season of the drama, while Dominic West will play Prince Charles and Elizabeth Debicki will portray Diana, Princess of Wales.