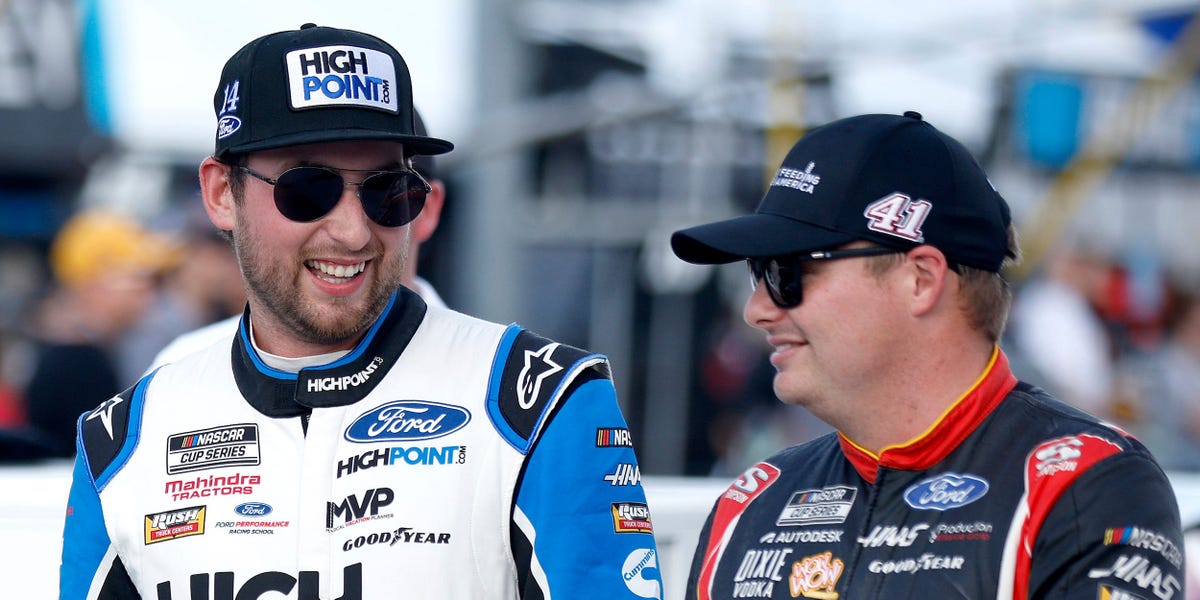 Stewart-HAAS Racing’s Chase Briscoe pulled off a daring maneuver to defeat the reigning champion Kyle Larson and escape being eliminated from the playoffs.

NASCAR now wants to know whether he received a little too much assistance from a colleague.

Following the contest, NASCAR said that it was looking into Cole Custer’s last-lap maneuver, which gave Briscoe the necessary points to advance, and if the team instructed Custer to intervene.

Following the collision on the backstretch during the last lap, NASCAR stated it was evaluating data, video, and radio communications from the 41 vehicle. “Early this week, NASCAR will announce the findings of the inquiry.

The Round of 8 field would not be impacted by any possible penalties.”

The last clause is crucial since it implies that, regardless of the results, Briscoe will continue to play in the playoffs but Larson will not.

The playoff field was rearranged by dramatic closing laps.

In a thrilling race at the Charlotte Roval, where the eight drivers who would go on to the next round were constantly changing, Christopher Bell overcame a deficit to win.

The only chance Bell had to advance in the playoffs was to win the race. By doing so successfully, four drivers—Larson, Briscoe, Daniel Suarez, and Austin Cindric—were engaged in a battle for the last position, with Larson in the lead with three laps remaining.

Briscoe spun with two laps remaining, dropped to the back of the pack, and seemed to be eliminated from the playoffs. Red flags were used to halt the race so that a damaged curb could be fixed, but the racing gods had other plans.

Briscoe was able to stop for new tires before the three-lap overtime as a result.

To catch Larson, Briscoe still needed to gain 19 positions in only three laps. Many accidents and spins, including one by Cindric that eliminated him from contention, assisted Briscoe in regaining the most of those positions.

However, the last pass made right before the finish line, which decided Briscoe’s progression and Larson’s elimination, caused NASCAR officials to scratch their heads.

Briscoe (14), who was tied with Larson and held the tiebreaker, was coming up on the last chicane. A final pass would complete the transaction.

At that point, Briscoe’s teammate Cole Custer (14) prematurely applied the brakes, causing the group to clump together and opening the way for Briscoe to pass.

Custer can be seen sliding up in front of Austin Dillon’s green No. 3 car in this footage taken from Briscoe’s vehicle at the 55-second mark, forcing him to get off the throttle.

Briscoe overtook Dillon and Custer, accrued two more points, and snagged the last slot in the Round of 8.

Briscoe acknowledged his new tires’ additional air pressure for enabling him to be more aggressive during the last run.

Since I knew every point would count, I definitely drove it in deeper than I had all day, according to Briscoe, who also admitted that he was somewhat fortunate that it stayed.

Dale Earnhardt Jr., an analyst for NBC, saw the maneuver straight away and yelled, “Cole Custer putting a block right there on everyone!”

Earnhardt said, “I think Briscoe was dedicated to overrunning this braking zone, but I believe Cole Custer was doing some effort as well, to try to assist his buddy, by putting a little block there on the back straightaway,” after the race.

»NASCAR investigates late-race tactics that knocked out the reigning champion«