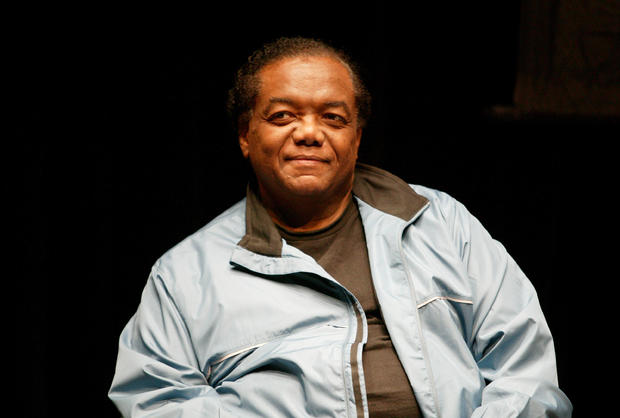 Lamont Dozier, the middle name of the famed Holland-Dozier-Holland team that wrote and produced “You Can’t Hurry Love,” “Heat Wave,” and scores of other classics and helped establish Motown a vital record label in the 1960s and beyond, has passed away at the age of 81.

Paul Lambert, who helped create the Broadway musical “The First Wives Club” for which Holland-Dozier-Holland composed, confirmed Dozier’s death on Tuesday. He had no other information.

In Motown’s self-proclaimed ascension to the “Sound of Young America,” Holland-Dozier-Holland stood out even in comparison to other talented artists like Smokey Robinson, Stevie Wonder, and Barrett Strong. Over the course of four years (1963–1967), Dozier, along with brothers Brian and Eddie Holland, produced more than 25 top 10 songs and mastered the blend of pop and rhythm and blues that allowed the Detroit label and founder Berry Gordy to defy boundaries between Black and white music and rival the Beatles on the airwaves.

They wrote “Baby I Need Your Loving” and “Reach Out (I’ll Be There)” for the Four Tops, “Heat Wave” and “Jimmy Mack” for Martha and the Vandellas, and “Baby Don’t You Do It” and “How Sweet It Is (To Be Loved by You)” for Marvin Gaye. Generations of composers and musicians were affected by the Motown sound, and the music lingered on via many soundtracks, samplings, radio airings, cover versions by the Rolling Stones, Linda Ronstadt, James Taylor, and many more.

According to Gerri Hirshey’s 1984 Motown biography, “Nowhere to Run: The Story of Soul Music,” “their structures were simple and direct.” “Sometimes a song barreled to number one on the sheer voice of repetitive hooks, like a fast-food jungle that lurks, subliminally, until it connects with real hunger.”

H-D-H’s slick sound was perfect for Motown’s flagship group, Diana Ross and the Supremes; they created 10 No. 1 hits for the group, including “Where Did Our Love Go,” “Stop! In the Name of Love,” and “You Can’t Hurry Love.” When “Nothing But Heartaches” failed to get into the top 10 in 1965, Gordy wrote a message to the rest of Motown ordering that they only produce chart toppers for the Supremes, an order that was promptly followed by H-D-H with the release of “I Hear a Symphony” and numerous other recordings.

When the Lovelight Starts Shining Through His Eyes,” written by H-D-H, was the Supremes’ breakout song in 1963.

Holland, Dozier, and Holland weren’t above using formulas or rehashing a former success, but they were able to adapt to a wide range of emotions and styles, from the easygoing happiness of “How Sweet It Is (To Be Loved by You)” to the building urgency of “Reach Out (I’ll Be There)” Dozier was primarily concerned with melody and arrangement, as seen by the eerie echoes of the Vandellas’ backing vocals on “Nowhere To Run,” the flashing lights of guitar that drive the Supremes’ “You Keep Me Hanging On,” and the mesmerising gospel piano on Gaye’s “Can I Get a Witness.”

“All the songs started out as slow ballads, but when we were in the studio we’d pick up the tempo,” Dozier told the Guardian in 2001. “The songs had to be fast because they were for teenagers – otherwise it would have been more like something for your parents. The emotion was still there, it was just under cover of the optimism that you got from the up-tempo beat.”

Disputes and uncertainties about royalties terminated H-D-H and Motown’s heyday in the ’60s. After H-D-H abandoned the label, it was doomed to failure on both ends. Some groups, like the Four Tops and the Supremes, struggled after losing their most consistent lyricists. H-D-H, meantime, was unable to replicate Motown’s success with their own label. Within a few years, both Invictus and Hot Wax were forgotten, and Dozier would later remember incredulously that the Hollands had rejected future superstars like Al Green and George Clinton. Multiple successful singles were released by H-D-H, including “Band of Gold” by Freda Payne and “Want Ads” by Honey Cone.

Both the Rock & Roll Hall of Fame and the Songwriters Hall of Fame have honoured Holland, Dozier, and Holland with inductions. Dozier scored a top 20 success on his own with “Trying to Hold on to My Woman,” worked with Eric Clapton and Simply Red’s Mick Hucknall, and produced Aretha Franklin’s “Sweet Passion” album. His greatest hit was the Motown-influenced midtempo ballad “Two Hearts,” performed by Phil Collins and featured in the 1988 film “Buster.” The song got a Grammy, a Golden Globe, and an Oscar nomination.

Although H-D-H got back together for the 2009 premiere of “The First Wives Club” on stage, it didn’t last long and ended in bitterness. As a result of their constant disagreements, Dozier decided to leave the show before it ever premiered. Eddie Holland said, “I can’t see us ever working with Lamont again,” in the Hollands’ 2019 biography, “Come and Get These Memories.” Dozier also released a memoir, “How Sweet It Is,” in 2019.

Dozier said that his early success had caused friction in his family life, but he finally married Barbara Ullman and they remained together for almost 40 years till she passed away in 2021. The composer Paris Ray Dozier and the songwriter-record producer Beau Dozier were two of his offspring.

Dozier, like many other members of the Motown family, was born in Detroit to a musical family. He was a member of the Baptist church choir, and he was validated in his love of language by a fifth-grade teacher who, he remembered, left one of his poems up on the classroom chalkboard for an entire month. He became a professional vocalist by the late ’50s and later joined with Motown, where he collaborated with Brian Holland and then Eddie Holland (both of whom composed most of the songs).

Dozier’s home life was the inspiration for many of Motown’s most memorable songs and lyrics. The opening lyrics and chorus of the Four Tops’ “I Can’t Help Myself (Sugar Pie, Honey Bunch)” brought back fond memories of his grandfather’s way of greeting ladies. All three composers had problems with ladies called Bernadette, which inspired the Four Tops’ smash “Bernadette,” and a disagreement with another lover of Dozier’s helped create a favourite of the Supremes.

“She was pretty heated up because I was quite the ladies’ man at that time and I’d been cheating on her,” Dozier told the Guardian. “So she started telling me off and swinging at me until I said, ‘Stop! In the name of love!’ And as soon as I’d said it I heard a cash register in my head and laughed. My girlfriend didn’t think it was very amusing: we broke up. The only ones who were happy about it were the Supremes.”