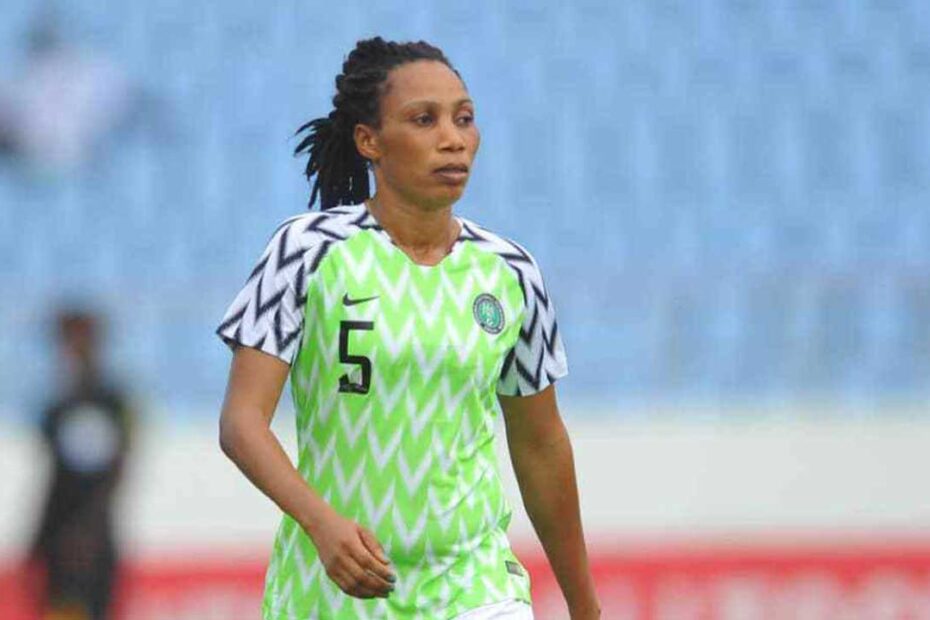 Onome Ebi, captain of the Super Falcons, has stated that the team is entirely focused on obtaining a ticket to the 2023 FIFA Women’s World Cup finals and retaining their Women Africa Cup of Nations title in Morocco next month.

Holders of cups Nigeria and 11 other countries will compete for the prestigious Women AFCON trophy in the North African kingdom from July 2nd to July 23rd, and all four semi-finalists are guaranteed seats in the 2023 FIFA Women’s World Cup, which will be held in Australia and New Zealand a year later.

“We are aware of the intense competition that is going to play out there in Morocco. We have no illusions. Women’s football has continued to grow in a lot of other African nations, faster than anyone can imagine. So, there will be nothing like under-rating any team. All the teams will be upbeat about their chances and winning tickets to the World Cup.

“On our part, as defending champions, we know our strengths. We know what we have to bring to the pitch to conquer. The wise thing always is to take it one match at a time. We go up first against the Banyana, and then we have to face the challenges of Botswana and Burundi. Then, the knock-out rounds. World Cup ticket is paramount, but we also want to retain our trophy.”

Nigeria has won nine of the 11 championships held since 1998, with the exception of the 2020 tournament, which was wiped out by the coronavirus epidemic.

Ebi was one of 19 early arrivals at the training camp in Abuja on Thursday, having played in five FIFA World Cup finals since the fourth final in the United States of America in 2003.

Four more people have joined the 19 early birds, and four more are expected as the team prepares to fly to Morocco next weekend.