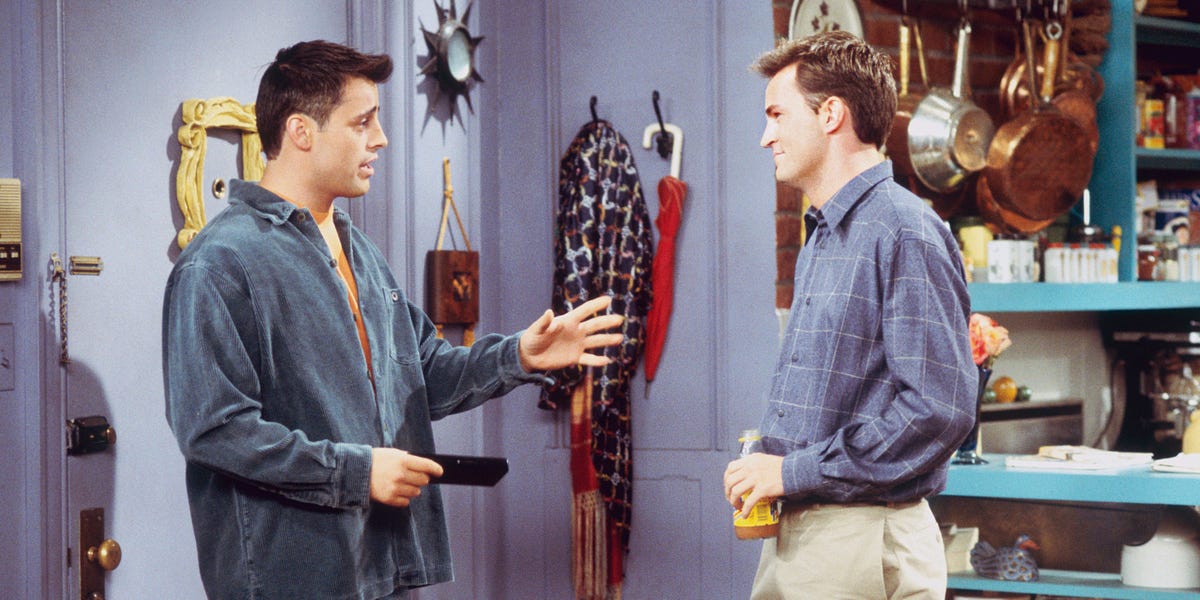 In the depths of his addiction, Matthew Perry said he once fell asleep in the middle of a Friends scene, but Matt LeBlanc woke him up.

In his forthcoming memoir “Friends, Lovers, and the Big Terrible Thing,” scheduled for release on November 1, Perry, 53, discusses the effects of his opiate and alcohol addiction on his body and career. According to a recent article by Insider, the actor said that his opiate addiction nearly cost him his life when his colon ruptured at age 49.

However, according to a Sunday Times snippet from his book, his battle with addiction began decades before and overlapped with his tenure on “Friends.”

Perry played Chandler Bing for the entirety of the 10-season run of the NBC sitcom. Perry claimed that despite being “determined” not to let his addiction affect his job on the show or his castmates, he once fell asleep while filming a scene in Central Perk.

“The addiction devoured me; once, in a scene where I’m wearing a suit in a café, I fell asleep on the couch,” he wrote. “Only because Matt LeBlanc jolted me awake before my line was disaster averted; no one noticed, but I knew how close I’d come.”

Healthline said that Perry was taking up to 55 Vicodin pills per day at the time. Vicodin is the brand name of a painkiller that combines the opioid hydrocodone with the over-the-counter pain medication acetaminophen.

It would not be the last time that Perry’s co-stars would consciously or unknowingly assist him in his struggle.

Jennifer Aniston, who portrayed Rachel Green on the sitcom, confronted Perry at one point about his drinking, warning him that people could “smell it” on him.

“It was horrible to be confronted by Jennifer Aniston,” he wrote.

During an interview with ABC’s Diane Sawyer, Perry discussed the incident and claimed he was “grateful” for Aniston speaking out to him despite it being a “terrifying” moment.

“She was the one who reached out the most,” Perry claimed, referring to Aniston, 53, as “Jenny” in the interview. “I’m really grateful to her for that,” he added.