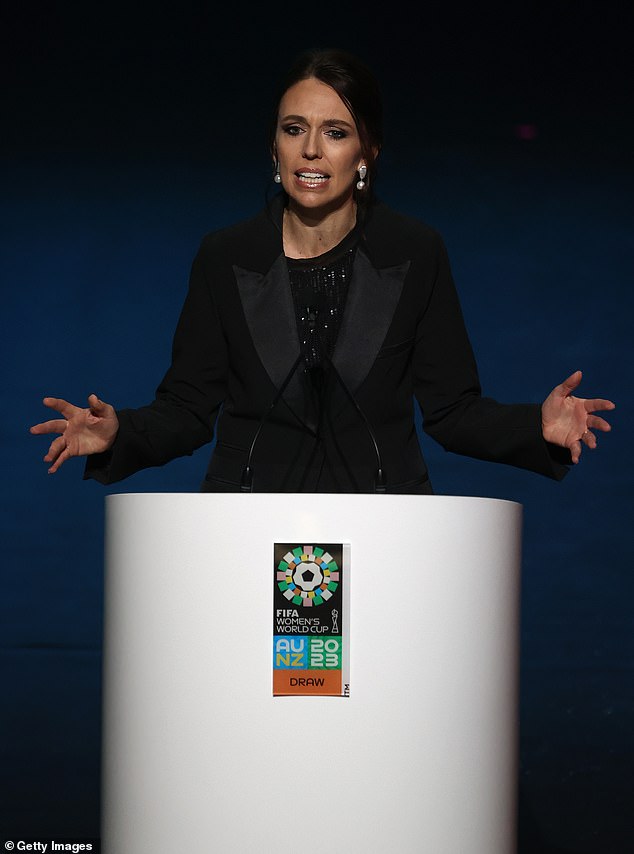 A woman was arrested after allegedly using a huge machete to bash holes in the front of the electoral office of New Zealand Prime Minister Jacinda Ardern.

Thursday at 8:20 a.m., police were dispatched to Ms. Ardern’s office in the central Auckland neighborhood of Morningside after receiving allegations that the door had been damaged and an object had been hurled inside.

Stuff reports that a 57-year-old woman was detained in Coatesville, a small village 30 kilometers north-west of Auckland.

A witness reported seeing a person strolling down the road towards the office while wielding what seemed to be a samurai sword and shattering the front doors.

The individual was then observed tossing something through a hole in the door, followed by the appearance of smoke pouring from the structure.

On New North Road, passersby discovered a huge knife, thought to be a machete, which was later photographed and collected by police.

At 9:03 a.m., the New Zealand news organization claimed to have received an email from an individual claiming responsibility for the attack.

The email stated, “At 8.20 this morning, I broke a hole in her electoral office door and threw the bomb inside.”

Police stated that no injuries were recorded and the building was empty at the time.

The crime scene will be examined, and investigations are ongoing.

When the incident occurred, Prime Minister Jacinda Arden was over 5,000 kilometers away in Antarctica.

Ms. Ardern and her fiance Clarke Gayford arrived at Scott Base on Wednesday on their second attempt, after a flight on Tuesday was rerouted due to bad weather at McMurdo Sound.

The prime minister is expected to return to New Zealand late on Friday following her visit to the research station.