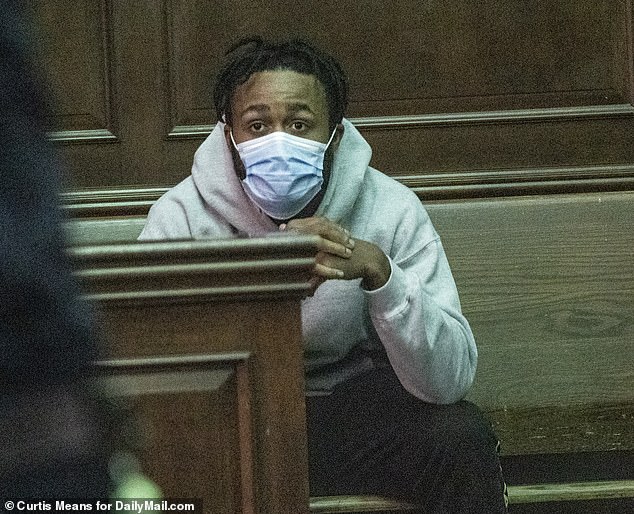 In August 2021, Brian Boyd, age 27, initially pled not guilty to the allegations but then altered his plea. On November 30, he will likely be sentenced to one to three years in prison.

Banes was struck by Boyd’s scooter as she traversed a New York City roadway in June 2021.

She had acted in films such as 2014’s Gone Girl and 1988’s Cocktail, as well as television series such as Nashville, Madam Secretary, Masters of Sex, and NCIS.

On June 4, 2021, on the Upper West Side, Brian Boyd is arraigned in Manhattan Criminal Court for the E-Scooter hit-and-run killing of actress Lisa Banes.

Brian Boyd, 27, has now amended his plea in Manhattan Supreme Court from not guilty to guilty.

Lisa Banes, who played in the films Gone Girl and Cocktail, was 65 years old and visiting New York City from Los Angeles to perform in a two-woman cabaret when she was murdered.

Surveillance footage reveals that after running a red light and injuring Banes on Manhattan’s Upper West Side in June, Boyd departed the scene to get his bicycle repaired, leaving the injured star bleeding on the floor. He was apprehended weeks later.

Wednesday, he pled guilty to manslaughter in the second degree and leaving the scene of an accident without reporting.

Police claim he then ran a red light and smashed into Banes as she was crossing the roadway, throwing her out of the crosswalk.

Surveillance film reveals that Boyd rushed off after the crash to fix his damaged bicycle, leaving the actress bleeding from the head on the ground.

Boyd’s initial plea was not guilty, but he later altered his plea. On November 30, he is anticipated to be sentenced to one to three years in jail.

Boyd was knocked off his bike after the collision, as seen by CCTV tape, and continued to brush himself off and pick up his scooter.

The camera reveals that he then walked a few steps toward Banes, who was laying facedown and bleeding profusely from the head.

The term offered to Boyd was shorter than the three to nine years sought by Manhattan prosecutors.

Alvin Bragg, the district attorney of Manhattan, said in a statement that Brian Boyd drove recklessly and without respect for pedestrians, striking and killing a renowned actress and New Yorker before fleeing to evade responsibility.

Lisa Banes will be recognized for her contributions to New York City’s rich fabric through her roles on film and on Broadway. I extend my heartfelt sympathies to her friends, family, and the many others who admired her over her decades-long career. Boyd’s lawyer stated that she had no comment.

As a result of the coronavirus outbreak, New York City streets have been flooded with reckless drivers, many of whom are riding unlicensed e-bikes and scooters at dangerously high speeds.

Many of these vehicles are not required to have license plates, and those that do are frequently devoid of plates, allowing drivers to recklessly run red lights with authorities frequently turning a blind eye.

At least 243 people died in traffic accidents in New York City in 2020, making it the bloodiest year on record since 2014, when Mayor Bill de Blasio launched his ‘Vision Zero’ initiative to enhance street safety.

Banes, who resided in Los Angeles, was in New York to participate in the Manhattan Theater Club’s two-woman production of “The Niceties.”

She was on her way to dinner with friends when she was struck.

The event occurred at Amsterdam Avenue and West 64th Street in Manhattan, close to Lincoln Center. After the crash on June 4, surveillance footage showed Boyd getting off his bike to examine a seriously injured Banes before racing away.

After Banes’ unexpected death, a number of the actor’s Hollywood friends spoke out about the tragedy.

The singer and friend Jill Sobule tweeted, “Just busted.” Lisa Banes was extraordinary, witty, and kind-hearted, and she constantly supported me through difficult times. She was so adored by so many,’ he said, posting a photo of them in a bookstore.

The creator of the television series The Orville, on which Banes appeared, Seth McFarlane, also paid tribute to the actress.

He tweeted, “I am profoundly grieved by the news of Lisa Banes’ death.” This past year, we had the excellent privilege to collaborate with her on The Orville.

The only thing that equaled her stage presence, charisma, expertise, and brilliance was her unwavering politeness and graciousness toward all of us.

Two months after the event, in August 2021, Boyd was apprehended by patrol officers who recognized him from a wanted poster.

Prosecutors allege that after the collision, Boyd got back on his bike and sped off to a cycle shop to have his e-bike repaired, leaving Banes seriously injured in the street. He is shown in August 2021.