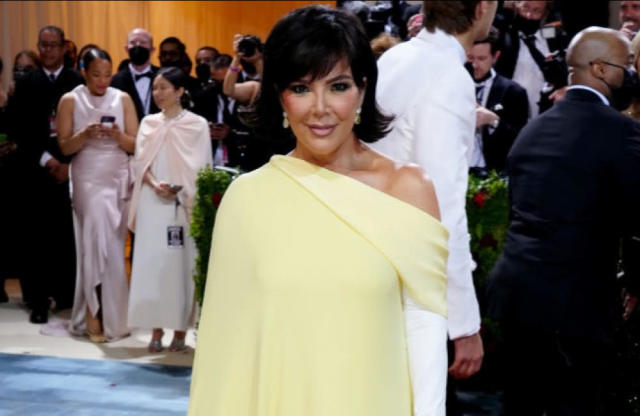 Kris Jenner stated that her daughter, Kim Kardashian, requested that some of Jenner’s bones be made into jewelry.

On Thursday’s episode five of season two of “The Kardashians” on Hulu, Jenner was recovering from hip replacement surgery. Jenner discussed Kim’s unique intentions while lying on her bed with her daughter Khloé Kardashian and her other daughter Kylie and talking on the phone.

“Kim wanted the doctor to save my bones so that she can use them to create jewelry,” Jenner stated. “It’s eerie.”

Kylie responded through phone, “That is strange.”

As seen in episode four, Kim accompanied her mother to the hospital for her surgery, along with Jenner’s boyfriend Corey Gamble. Kim stated, when accompanying her in the pre-operative area, that she had a “history” of threatening the surgeons who operated on her family members “with their lives.” Prior to Jenner’s cosmetic surgery, Kim reassured her that the procedure was “nothing” because she had previously undergone facial surgery.

Jenner was more interested in splitting her ashes after her death and cremation and putting them into necklaces for her children, despite not being particularly fond of the notion of Kim creating jewelry from her bones.

Jenner answered, “No, it is not”