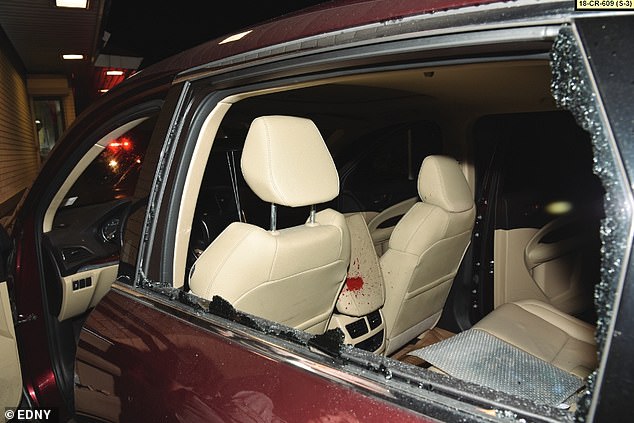 An ambitious mobster from Brooklyn was found guilty on Wednesday of planning the murders of his mafia boss father and elder brother.

In a month-long trial, the prosecution said that Anthony Zottola, 44, hired a hitman and a Bloods gang member to kill his 71-year-old father, Sylvester Zottola, in an effort to inherit his $45 million real estate business.

According to their accounts, the younger Zottola was a cruel and power-hungry individual who made jokes with Bloods gang member Brushawn “Shelz” Shelton after he and his accomplices carried out the $200,000 murder.

In the end, a jury in Brooklyn Federal Court convicted him guilty on Wednesday for the 2018 homicide at a McDonald’s drive-through.

Himen Ross, a 36-year-old hitman who was also one of his co-defendants, was also found guilty of carrying out the shooting, while Alfred Lopez, the alleged getaway driver, was cleared of all charges.

In a statement, US Attorney Breon Pearce claimed that the elderly victim, Sylvester Zottola, had been harassed, assaulted, and stabbed over the period of more than a year.

His own son hired a group of hitmen to kill his father because he was so desperate to take over the rich family real estate firm.

Anthony Zottola and his co-defendant will spend the remainder of their lives in jail, where they deserve, as a consequence of today’s conviction, for sentenced his father to a terrible death.

On February 2, Zottola is due to get his punishment.

»Brooklyn mobster is convicted of murdering his father and brother«