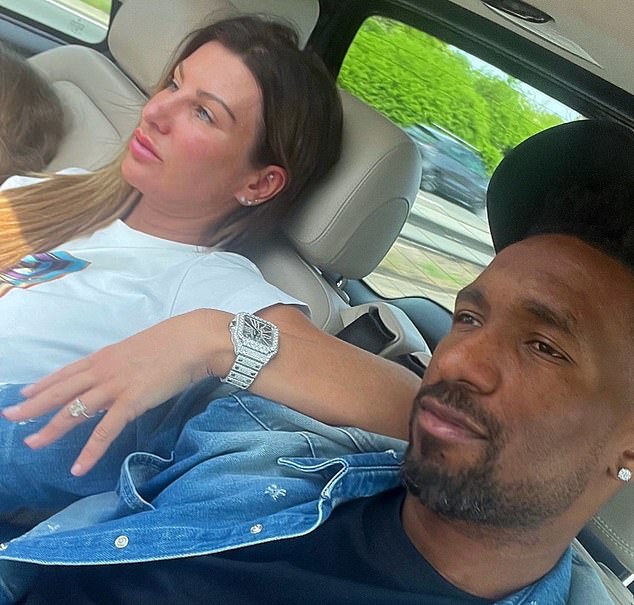 The 39-year-old former Spurs player is said to have sent a lady an Instagram message inviting her to go along in his Range Rover.

After getting married the previous month, The Sun said that the youth academy instructor started contacting the 40-year-old mother in July. Defoe, though, denied any wrongdoing.

Defoe wed Donna Tierney, 40, on June 4 in a lavish £200,000 wedding at the Berkshire mansion Cliveden House.

This is my future, this is forever, and this is the person I want to spend the rest of my life with, he told OK! magazine.

On June 21, he made the following statement on social media: “Dedicating my entire life to Donna Defoe was one of the simplest things i’ve ever done, and I can’t wait to share a life of pure love and happiness.”

“Our wedding was like a movie,” we exclaimed, and I thank God for giving us both such a memorable day with our loved ones.

Defoe apparently started contacting another lady on July 14 and subsequently sought to set up a meet-together.

The lady, who has not been identified, allegedly met the player at a pub years ago, but they haven’t talked in a long time, according to The Sun.

Then, in July, he began contacting me on Instagram, she said. We often flirted because he was so eager to meet me.

Then, “I didn’t want it to continue any further when I realized he was married.”

The lady questioned why he would be seeking for another woman “so soon” after getting married and stated she didn’t believe it would have been fair to his wife.

He began emailing her in July, finally inviting her to meet up for a frolic in his Range Rover and referring to her as “baby” in voice messages.

Our communications were a little amusing at the moment, but there was no use in continuing, she continued.

Defoe initially met his wife Donna on social media, when he “liked” her images.

In person, they first spoke in January 2021 at a charity event when she requested an autographed jersey from him.

A Glasgow hotel room was decorated with heart-shaped balloons, rose petals, and the words “Marry Me” only seven months later.

On June 21, Defoe said on Instagram that it had been “one of the simplest things I’ve ever done” to devote his “whole life” to his wife.

Donna, a beauty therapist, told OK! magazine that friends had commented on how plainly apparent it was that Defoe valued her via “his wonderful” wedding speech.

Defoe has allegedly cheated on women in the past, notably his ex Alexandra Burke.

Months after he purchased a hot tub from his saleswoman wife Sally, he was accused of being the reason radio host Ben Weston’s marriage failed in 2017.