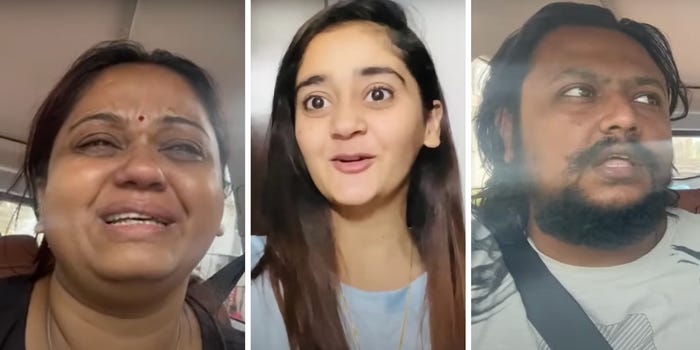 Authorities in India are said to have located a 16-year-old YouTuber who fled her house after her parents livestreamed a heartbreaking request for assistance in a video on her channel.

According to the Hindustan Times, Kavya Yadav, also known as “Bindass Kavya” to her 4.3 million YouTube admirers, fled her Maharashtra, India, home on September 9.

“Bindass Kavya is Missing pls find our daughter,” said the video that Yadav’s parents put on her YouTube channel the day after she vanished. The parents could be seen apologising to the audience in Hindi while clearly weeping over not being able to find their daughter.

According to a translation of the video tape from regional site NDTV, Yadav’s father added, “We have been hunting for her since yesterday night,” and “if anybody finds her, please let us know.” 4.5 million people have seen the video as of right now.

On September 9, the parents also tweeted using Yadav’s account with the message, “Plz assist us our 16 year old daughter kavya yadav is missing frm 2pm 9 sept.” They tagged many local police accounts in the tweet.

Yadav’s parents launched a second livestream in Hindi a few hours after their initial one, allegedly stating that their daughter had been discovered and that they were on their way to get her.

The Government Railway Police discovered Yadav on September 10 at a railway station in Itarsi, an Indian city that is 321 miles from the YouTuber’s home in Aurangabad, Maharashtra, according to the Hindustan Times.

Anuraag Singh, a writer for the New Indian Times, tweeted a picture of the 16-year-old YouTuber being reunited with her parents, who were cuddling and massaging her back, on September 11.

India Today said that Yadav made the decision to leave her house after her father “scolded” her. “I left the home in a rage without grabbing my phone. I was taking a train to Lucknow. The cops eventually found me, “Apparently, she said.

Fans of the YouTuber sent encouraging comments on her parents’ webcast.

“One user said, “I’m extremely delighted Kavya is back,” while another supporter added, “Happy to see that kavya has finally returned back to home. I never anticipated this from Kavya; your parents are excellent.”

Yadav is well-known for her YouTube vlog-style material, in which she documents her travels and time spent with her family. She usually talks in Hindi in her videos, but she also writes on her social media pages in both Hindi and English.

Yadav’s team and the Government Railway Police did not immediately reply to Insider’s request for comment.