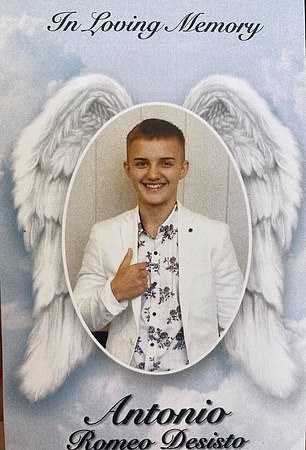 For the last two funerals given for a group of youngsters who died in a horrific accident southwest of Sydney, hundreds of mourners have shown up.

Funerals for Summer Williams, 14, and Antonio Desisto, 16, who died in the Buxton disaster on September 6 together with three other students, will be held on Monday.

The five teenagers were killed when the truck they were riding in overturned and hit two trees. Their deaths have been mourned by the close-knit Wollondilly community.

Friends and relatives of 15-year-old Gabby McLennan met in Leppington over the weekend to mourn the high school student and local soccer star while donning sky blue, Gabby’s favorite color.

Lily Van De Putte, 14, was laid to rest at St. Anthony’s Catholic Church in Tahmoor on Friday. She will be remembered for her kind personality.

Lily’s father John Van De Putte said during the burial ceremony, “Not only was she gorgeous, but she also had a lovely heart.”

Tyrese Bechard, 15, was honored at a service on Thursday at his house Church in Picton.

To allow students and instructors to attend the funerals, face-to-face instruction at Picton High School, where all of the teens attended, has been moved online until Tuesday.

The victims are being remembered locally with balloon memorials, each of which is colored differently in honor of a distinct adolescent.

Wollondilly Shire Mayor Matt Gould described the situation as “very very distressing” for the community, and the council established a mayoral relief fund to provide aid to the relatives of the fatalities.

Tyrell Edwards, 18, the driver of the ute, is now in detention after being charged with five charges of hazardous driving resulting in death. He will return to court on Monday.