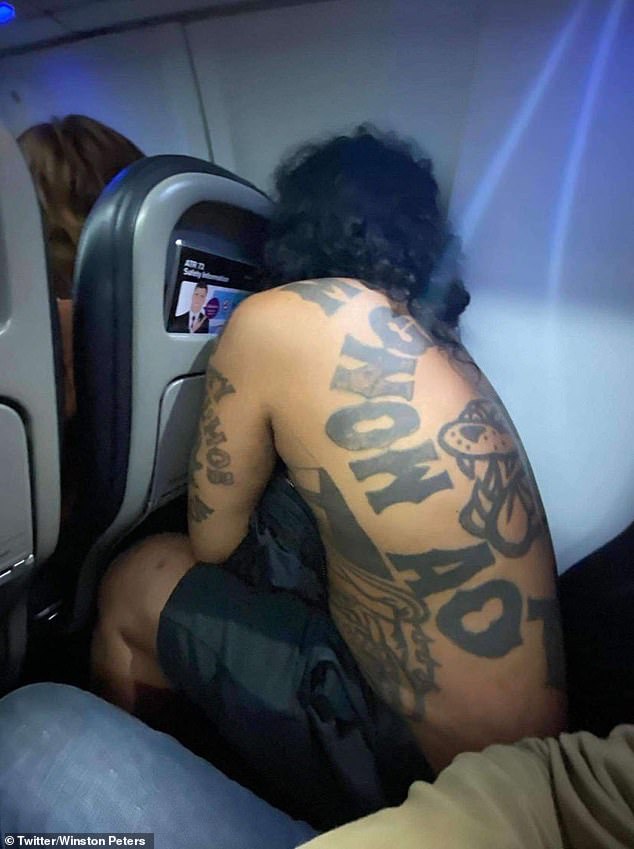 Detectives tracked down a “very dangerous” wanted man after seeing him on a flight. He was covered in recognizable facial tattoos, including a swastika and a notorious Nazi slogan.

On August 30, a man was shot in both legs in the Linwood neighborhood of Christchurch, and Hendrix Rawiri Jury, 27, was sought by New Zealand police in connection with the incident.

On September 5, police issued a warrant for his arrest, along with mugshot images of Jury that displayed the eye-catching tattoos on his face.

Between his eyes, Jury has a swastika, the Nazi salute “Seig Heil,” a bulldog, the name of the North Island town “Wairoa,” across his cheeks and nose, and the term “Mongrel” all over the bottom part of his face.

Members of the New Zealand street gang Mongrel Mob often have swastika and Nazi slogans tattooed on their bodies.

After the shooting, Jury left Christchurch and flew to Napier in the North Island.

The desired guy was photographed without a shirt on the trip by a passenger who was seated next to him.

Another traveler said that Jury was naked because the flight attendants ordered him to remove his gang patched jacket.

Detectives believed the fugitive was hiding somewhere on New Zealand’s North Island and classified him as “very dangerous.”

Thursday saw the arrest of Jury in Hastings.

He had spent almost a month evading capture by the authorities.

Although the specifics of his allegations aren’t yet known, he will appear in Hastings District Court on Friday.

It comes after news broke that an Australian guy with the word “BEAST” tattooed over his forehead is still on the run.

Jaimes Sutton, who has tattoos all over his face like Jury, is sought for violating the terms of an active arrest warrant and is said to often visit the Deniliquin region near the NSW/Victoria boundary.

Sutton was granted bail after being charged with assault and property damage in connection with domestic abuse.

Last month, he was scheduled to appear in court.

Sutton is shown in social media posts sticking up his rude finger and sporting the tattoo, “game over,” on his fingers.

On social media, his mugshot picture has been extensively shared.