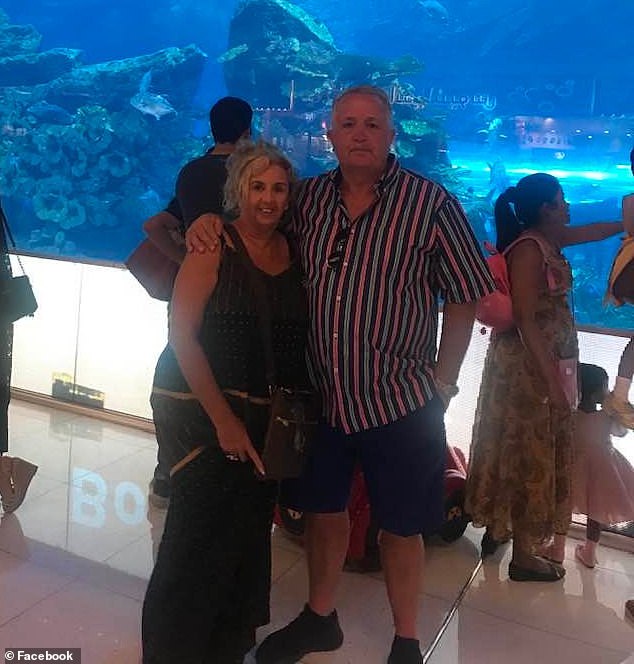 A British tourist who died in a tragic accident mere hours after arriving on the Gold Coast to see his grandchildren was remembered as a “lovable rogue.”

John Cunningham, 57, was struck by a Holden Colorado ute while crossing the street outside the Harbour Town shopping centre in Biggera Waters on Wednesday.

Mr. Cunningham could not be revived despite the efforts of the driver, 19, and onlookers.

It is believed that he and his wife Annmarie arrived in Australia on Tuesday after a stop in Singapore.

His devastated widow broke her silence to lead the outpouring of condolences.

She posted on Facebook, “My heart is devastated, I’ve lost my best buddy, lovable rogue.”

Thank our children for the way they’re handling everything; your father and I are so pleased.

The couple was reportedly visiting their daughter Leah and her children, who were residing at a nearby trailer park.

Tuesday, his daughter uploaded photographs of him embracing his grandchildren at the airport, describing him as “the best parent.”

My heart is shattered; he was the best father I could have ever wished for and my best friend. He was the best grandfather to all of his grandchildren and my mother’s best husband. We all love you so much that I cannot even express it in words; I know you are aware of our affection,’ she added.

Rest in peace, gentleman… family man. I am without words. I recall how kind you were on the first day we stayed with you 18 years ago. Please pray for his wife and children.’

Initial investigations indicate that Mr. Cunningham may have emerged from behind a bus on Oxley Dr just prior to being struck by a white 2012 Holden Colorado pickup.

The driver, a 19-year-old man from Biggera Waters, stopped and offered immediate aid to the pedestrian prior to the arrival of emergency personnel; nevertheless, the pedestrian was pronounced dead at the site.

The motorist was treated at the scene for shock before being transported to Gold Coast University Hospital.

The Forensic Crash Unit is conducting an investigation and has issued a call for witnesses.