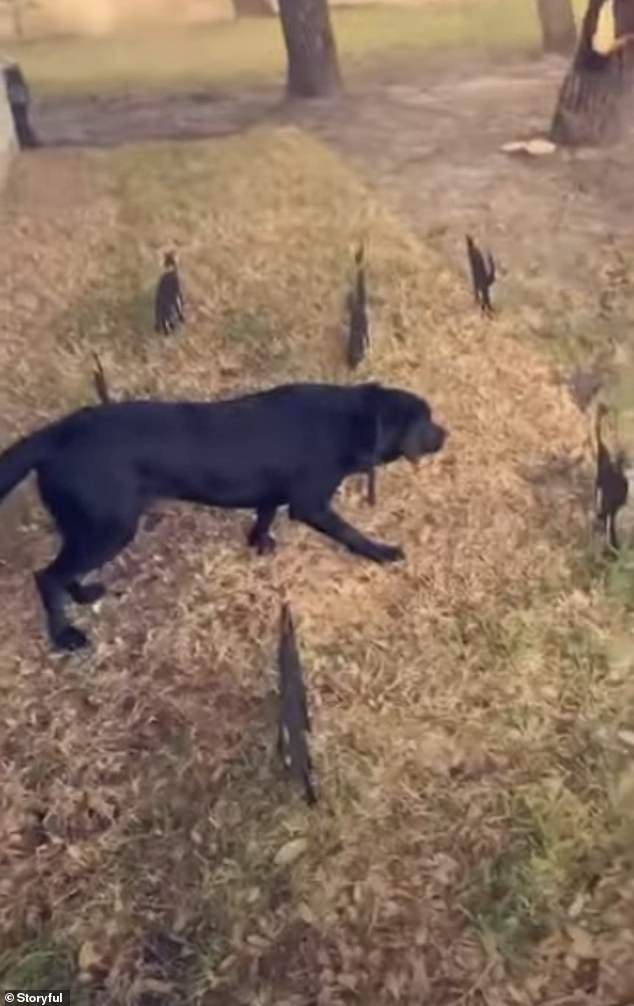 The black Labrador, Maverick, turned out to be a little more shy than his namesake from Top Gun, hesitating at the sight of Halloween cat decorations.

The terrified dog made his owners laugh when he emerged from a home in Ingleside, Texas, a community on the Gulf of Mexico that is 16 miles outside of Corpus Christi’s central business district.

Maverick was confronted by a group of frightening Halloween cats and was unsure about what to do.

He remained still and froze. He even seemed to have a stone tail.

ER nurse Lilly Flores, who shared the video, chuckled at her stupid puppy, which was remained immobile despite her attempts to get it to move.

Maverick continued to stand rigidly as she moved the camera around.

As a male voice summoned the terrified dog, she laughed and said, “His tail’s not even flinching.”

He’s terrified of the cats, a tiny youngster can be heard chuckling.

Finally, the guy had to approach Maverick directly since he was still standing still and needed to be convinced that he could get out of the “cat trap.”

Come on, guy, it’s all right! The dog eventually waggled his tail and ran away from the terrifying sight after the guy spoke.

The video was uploaded to Flores’ TikTok profile and has approximately 12 million views.