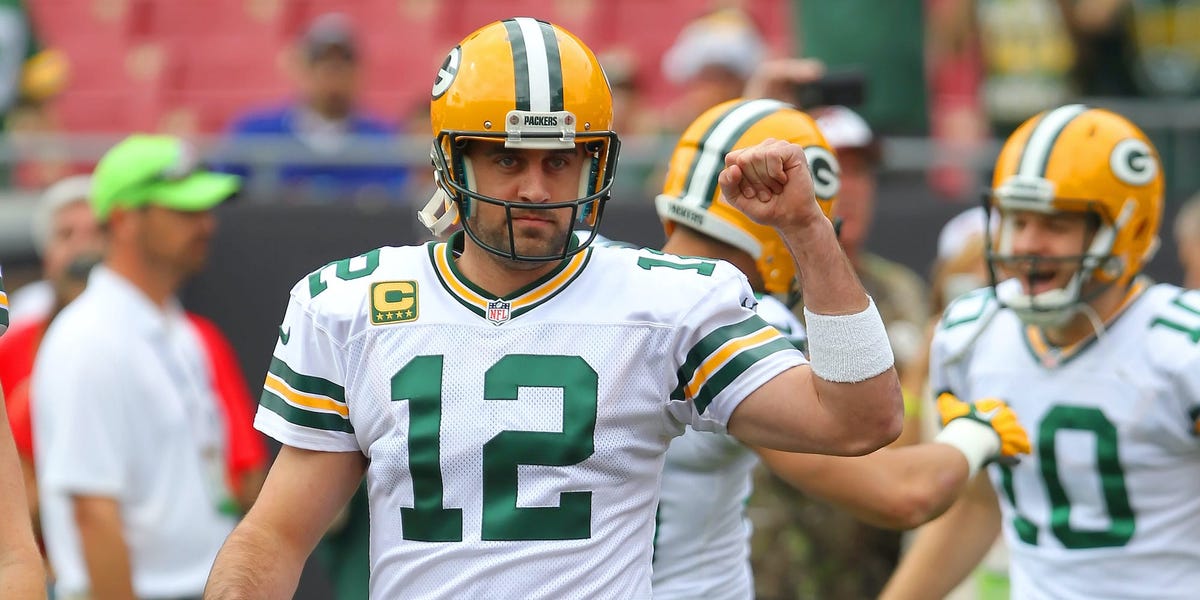 After a successful UFC tryout on Tuesday, a former NFL player said he believed Aaron Rodgers could definitely make the same transition into MMA.

Before making his MMA debut in 2017, Austen Lane, a former defensive end for the Jacksonville Jaguars, spent four seasons in the NFL.

In a five-fight event on Tuesday at the Apex in Las Vegas, the Contender Series chose to pair him up against fellow heavyweight Richard Jacobi after he earned his 11th victory in 14 bouts while fighting on the regional stage.

After a quick start in which Lane struck Jacobi low, the referee requested a break in play. When everything started again, Lane was there again, trying to put up a performance.

The American fighter defeated Jacobi in the first round, waited to learn from Dana White if he had been offered a contract with the UFC, and then erupted in joy when he did.

He then addressed the media in a press conference. One reporter asked him whether one of the three noteworthy NFL players still playing today may follow in his footsteps and participate in the UFC.

Aaron Rodgers, Tom Brady, and Patrick Mahomes were the quarterbacks Lane had to choose from, and he chose Rodgers because he was “on that ayahuasca kick right now.”

To the point where he has won back-to-back MVP awards, Rodgers is renowned for attributing the increase in his skills to the psychoactive beverage.

That seems to be sufficient justification for Lane to succeed in the battle game as well.

According to rookie UFC fighter Austen Lane, ayahuasca may hold the secret to success.

When you use ayahuasca, it may help to open your mind to new experiences and help to liberate a little bit of mental tension. You mention flowing and jiu-jitsu,” the 34-year-old said.

Lane said, “I’m a Wisconsin boy through and through. Give me Aaron Rodgers, please.

Give me ayahuasca excursions if you want to. Give me access to his thinking and everything like that, and then let’s see what he can do in the cage.

Lane was one of five MMA competitors on Tuesday’s Contender Series fight programme who won full-time UFC contracts after winning Dana White over.

When he will make his UFC debut is yet unknown.