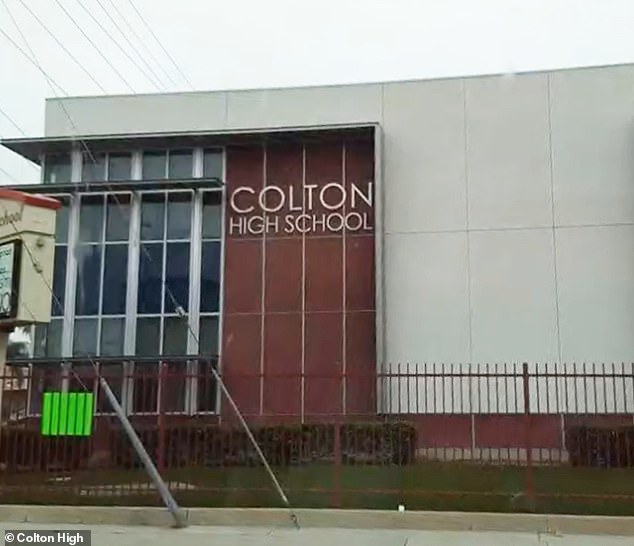 In the early 2000s, a former California high school football player accused a female sports trainer of raping him and said she preyed on weak, helpless children.

According to a man only named John Doe 7042, who spoke to the Los Angeles Times about how he and one of her victims often needed rides home or money for food, “I believe the fact that we were a bunch of underprivileged kids, nobody had the notion to protect us beyond the football field.”

Doe 7042 is only one of six anonymous John Does who accuse Tiffany Gordon of sexually assaulting them when they were football players at Colton High School between 2000 and 2007.

Doe 7042 said that the abuse was so egregious that Gordon’s father, Harold Strauss, the athletic director at the time, even saw her raping him in the school’s locker room on Halloween in 2007.

When Strauss reportedly inquired as to why his daughter and wife were in the locker room with the lights off, Doe 7042 said she replied that they were “just locking up and going.”

The lawsuit claims that other football team members, the parents of the players, and school employees were aware of Gordon’s inappropriate behavior while the school system neglected to report or look into complaints made to them.

Before becoming the sports director at Grand Terrace High School, Gordon assisted her father as the athletic trainer.

According to John Doe 7045, he informed a coach about the abuse that he and another kid had experienced and their intention to inform the district. The coach’s wife then predicted that this wouldn’t work.

According to the complaint, Gordon’s claims were originally brought to the district’s attention between 2002 and 2006.

As a result, the defendants “fostered a pervasive and hostile climate that entirely ignored the rights and safety of juvenile athletes who were entrusted to (the district)” according to the court document.

The Colton Joint Unified School District (CJUSD) issued a statement in which it stated that “the district leadership team is extremely concerned about the allegations being made,” despite the fact that “the current administrative team members were not in leadership roles with the district 20 years ago.”

We will cooperate with regional law authorities to safeguard our community and provide assistance to any victims in this case because “our commitment is always to the safety and well-being of our children, families, and employees.”

Because of Assembly Bill 218’s extension of the statute of limitations for civil claims, which became effective on January 1, the football players were allowed to submit these charges.

According to Brian Williams, the lawyer for the former players, “This significant statute allows survivors of sexual assault an opportunity to be heard and a chance to recover.”

In 2003, John Doe 7043 changed schools during his senior year. He claims that Gordon made moves toward him when he was on the football team and invited him to a drive-in movie date where she sexually assaulted him in the backseat.

John Doe 7047, who joined the squad in 2000 as a sophomore, claims that Gordon began raping him when he was 16 and continued to do so throughout his time in high school.

John Doe 7042 claimed that Gordon sexually attacked him after he joined the varsity football team in 2001, while he was receiving medical attention for wounds sustained while playing football.

Throughout his tenure at the school, his abuse worsened, and Gordon is then accused of raping him in the locker room, the lavatories, the weight room, and a trailer.

John Doe 7044 claims that after learning of reports of Gordon’s sex abuse as a freshman, he approached the sports trainer, who reportedly instructed him to email her nude pictures of himself.

The next day, she began harassing him sexually and persisted until he broke off communication with her.

He told the LA Times, “They truly could’ve stopped it at any point.”

“At the very least, they could’ve seen what this story was about,” I said, “since everyone knew it was a myth from the moment I set foot on Colton High. They never intervened to stop it at any time.

The athletes said that because of the way the coaches handled the rumors during the years of sexual assault, Gordon’s activities were seen as “normal,” “even celebrated,” by the team.

They continued by saying that since the pupils were so young and naïve, the abuse “seriously altered and molded their notions of intimacy, relationships, and obligations.”

Gordon, who is now on administrative leave, didn’t react right away when DailyMail.com asked for a comment.

The Colton Police Department’s inquiry, according to the school system, has its ‘full’ attention.