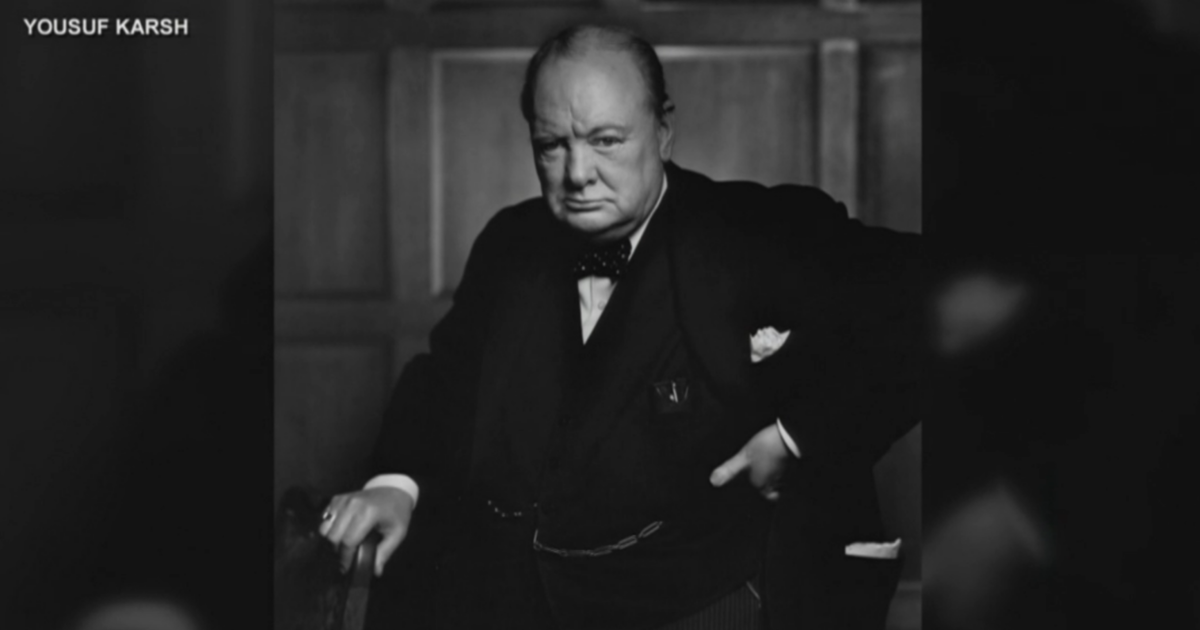 An art theft is now taking on at a famous hotel in Ottawa. For decades, “The Roaring Lion,” an authentic and recognizable painting of Winston Churchill, was displayed in the Chateau Laurier’s reading room. However, this week, a hotel employee discovered a problem.

The hotel manager, Geneviève Dumas, explained how it happened: “Basically, someone came, stole the actual one, and installed a fake one that was so identical we could not perceive the difference.”

Churchill as “The Roaring Lion” in a picture. Theresa Karsh

Photographer Yousuf Karsh shot the picture in 1941 during Churchill’s tour to Canada. To fight on together in unity, the then-British prime minister urged parliament to fight on only moments before the picture was taken.

In 1977, Karsh discussed the infamous scowl seen in the photograph with “60 Minutes” Morley Safer. He said it happened after Churchill resisted having his cigar put out.

“Please pardon me, sir, I said. He had a threatening expression on his face by the time I had returned four feet to my camera. I pressed. And that is the illustration “said Karsh.

Karsh’s life was altered by the vision. He quickly rose to prominence, becoming one of the 20th century’s most well-known portrait photographers.

He said to Safer in 1977, “I appreciate these folks and their attributes.

Investigators were able to date the theft to a period of eight months using images that were made available to the public. Former FBI agent Robert Wittman, who specializes in recovered art, thinks this may be an inside job.

The price tag on the portrait is six digits. As a precaution, the hotel has taken down the rest of Karsh’s artwork.