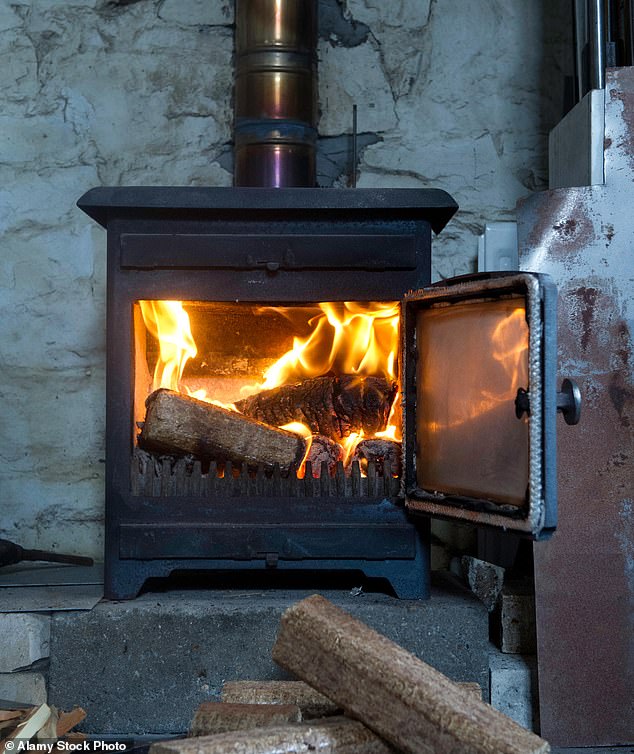 They look to be from a bygone era yet have just become fashionable.

Sales of wood burning stoves have increased by 40% as a result of rising gas and electricity prices.

According to industry statistics, more than 35,000 stoves were sold between April and June compared to 25,000 during the same period in 2021.

The steep increase “clearly demonstrates that customers are taking steps to help buffer themselv`es against spiraling home heating expenditures,” according to the Stove Industry Alliance, which represents manufacturers. The price of the stoves ranges from around £300 to over £4,000.

“It is little surprise that customers are seeking alternatives to complement their gas or electric heating,” SIA Chairman Andy Hill said.

“The expense of heating our homes accounts for the greatest part of household energy costs this winter.” According to the SIA, modern stoves emit 90% less pollution than an open fire.

However, according to official data, stoves release more particle pollution, the deadliest kind, than do cars.

Compared to road transportation, which contributes just 13% of particle pollution, burning wood accounts for around 17% of it. According to Professor Gary Fuller of Imperial College London, further woodburning is not the solution to helping vulnerable people stay warm this winter.

It will exacerbate the air pollution issues that already present in the UK and Europe’s cities, towns, and even rural areas.

The government is being urged by campaigner Simon Birkett of Clean Air In London to “assist families in insulating their houses so they don’t feel the need to burn wood.” He emphasized that the recommendation of climate scientists is “that wood burning equipment should be phased out.”