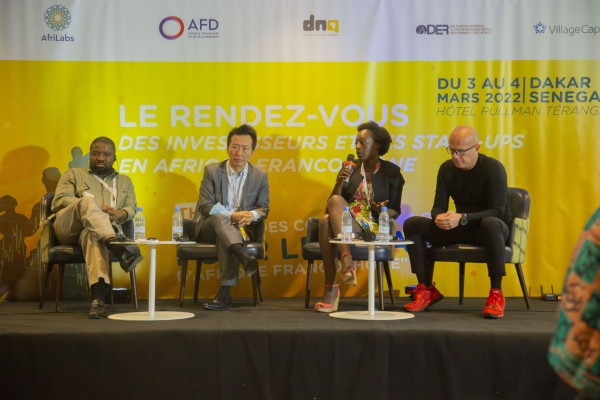 The 2nd edition of the Francophone Africa Investors Summit was held on March 3 and 4 in Dakar, the Senegalese capital. An event that brought together more than 400 participants in person and online, with the sole objective of establishing winning connections for startups in French-speaking Africa.

Initially scheduled for 2021 and postponed several times due to the Covid-19 pandemic and uncertainties related to travel, FAIS 2022 (www.FAIS-Summit.com) brought together several investors active in French-speaking Africa, and many startups from the sub-region (Côte d ivory, Mali, Burkina Faso, Benin, Togo, Gabon, Cameroon, Senegal, Chad, Central Africa…). Aside from the 25 speakers who led masterclasses on investment, and shared their experiences through 6 high-level panels, the event was also marked on the 2nd day by the strong presence of many young initiators of innovative projects with real environmental and educational impact, among others.

Startups are currently the symbol of entrepreneurship in Africa. Their financing, however, has many problems. Despite this context, the financial ecosystem of Tech in French-speaking Africa has nevertheless been structured since 2016 and has allowed the emergence of certain startups. However, the market still lacks the depth to attract more investors as the countries of English-speaking Africa do. “We have found that there is a big gap between French-speaking African countries and our English-speaking neighbours when it comes to access to finance and the visibility of startups. At this point, we are lagging behind in the Francophone part, and our objective in organizing this event is to help create more favourable conditions for the investment in startups in French-speaking Africa, but also to highlight the assets of all these innovative projects,” said Nadine Zoro, Director of Suguba and organizer of the FAIS Dakar.

Francophone Africa is also beginning to arouse the interest of investors. Five French-speaking countries stand out: Senegal, Ivory Coast, Rwanda, Tunisia and Morocco. They managed to obtain 37 million dollars in 2016 which is 10% of all investments made in Africa in favour of startups. These countries have distinguished themselves thanks to innovative and relevant projects developed by young entrepreneurs. At this stage, investors can no longer ignore the opportunities offered by startups in French-speaking Africa, capable of making their invested funds profitable.

Francophone Africa is a growth market

According to Matteo Rizzi, one of the most internationally respected players in FinTech, who led the investment masterclass, “the ecosystems of FinTechs and startups are organizing themselves considerably, and this should bear more fruit. However, more rigour and supervision are needed to be able to attract more investors. French-speaking countries represent a considerable market”. In order to further direct investor networks towards Francophone countries, the ecosystems “should work together to have a greater voice”. This implies defining concrete strategies and action plans with detailed activities and ensuring sufficient institutional and political anchoring. As much as startups in the anglophone world, those in French-speaking countries present an enormous potential, with innovators and offers that meet the specific needs of populations. “We need to further amplify our efforts if we want to be a competitive market. Through the organization of FAIS, we want to share more good practices that will allow young entrepreneurs to master the different approaches to fundraising in order to develop their business”, highlighted Mr Aziz SY, co-organizer of the event, and Managing Director of Impact Hub Dakar.

During the 2022 edition of the Francophone Africa Investors Summit, more than a dozen startups, wishing to obtain investment, presented their projects to potential investors from all over the world. The Summit, which ended with a networking event, also brought many ambitious young entrepreneurs into contact with potential investors.